‘Making the Call,’ a historical documentary about Black basketball referees 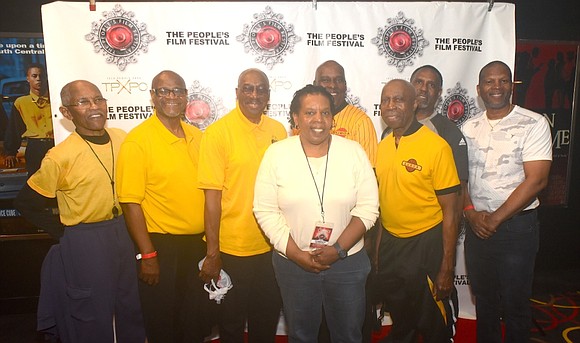 Another season of summer league basketball is upon us. The NBA Finals are nearing their end. Teams and fans are anticipating the upcoming draft being held later this month.

When basketball is discussed, now a 24-hour cycle, the game’s referees are rarely mentioned, unless a bad or questionable call is made. They’re never interviewed the way players and basketball personnel are, so there’s somewhat of a deep mystery there that hasn’t been unearthed. Maybe a documentary about refs would be interesting. Filmmaker Sandra Nixon has directed one entitled “Making the Call.”

“Making the Call” not only lends some insight into the minds of those officiating, it’s the story of eight Black men from Harlem who in 1967 started their own referee association because they weren’t given the opportunity to join the other established leagues that existed.

It’s not the first film for two of the officials who were interviewed in this new doc, William “Bill” Modeste and Raymond “Ray Jay” Jones. Both appeared as referees in “Finding Forrester,” a dramatic film about a student athlete basketball player starring the original James Bond, Sean Connery, released in 2000.

The referee association was started by John Purvis, Billy Clark, Bobby Ware, James Murry, Richard “Skinny” Reed, Rudolph “Bootsy” Mims, Rozier Hansborough and Victor Jeffers, all former college basketball players who were denied jobs and opportunities to succeed. The documentary examines their story, the times that they lived in, and their ability to overcome adversity for themselves and the countless others who have followed in their footsteps.

“This documentary examines the journey of SUBOA, and details its importance in the African-American community and in the basketball arena,” said Nixon, describing her documentary, the first prizewinner of this year’s People’s Film Festival recently held at the Magic Johnson Theater.

The film, like those who’ve carried on the work of SUBOA, is a detailed, moving tribute paying homage to their founders, as well as an inside look at understanding the mindset, if that’s possible, of a referee.