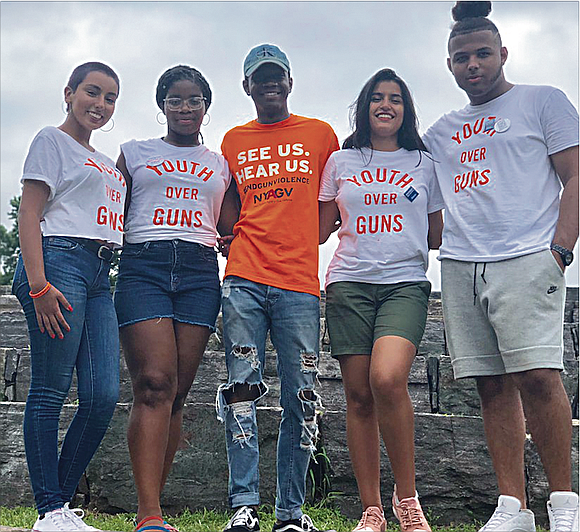 Reports say that in 2016, 4,648 people between the ages of 10-24 were victims of homicide which was an average of 13 each day. From the years of 1999 to 2016, firearms have been the leading method used for many suicides and homicides. Stats show that 67.7 percent of homicides are from gun violence which resulted to 213,175 deaths in America. With a rate this high it only makes sense New Yorkers Against Gun Violence say that they are coming together and attempting to put an end to gun violence. This organization’s mission is to reduce gun violence through advocacy and education designed to encourage action, influence public opinion and lead to policy change. With a primary focus on New York State, the organizations also advocate at the local and national levels for laws, policies and practices that protect New York State residents and particularly youth from gun violence. Last June, Youth Over Guns marched across the Brooklyn Bridge with thousands of New Yorkers in honor of underserved youth who have been inadequately impacted by gun violence. New Yorkers Against Gun Violence is having a similar event on June 8, 2019, at 12 noon, at Cadman Plaza East in Downtown Brooklyn, where the organization will walk across the Brooklyn Bridge for a Walk in Solidarity with Survivors of gun violence. The event is organized in partnership with the following gun violence prevention partners: Doctors for America, G.M.A.C.C., Guns Down Life Up, Harlem Mothers S.A.V.E., Moms Demand Action for Gun Sense in America, Neighbors in Action, New Yorkers Against Gun Violence and Youth Over Guns.

Using “legislative advocacy to reduce gun violence since 1993,” NYAVG said that the purpose of this rally is to bring awareness to society about the effects gun violence has on our community. They said, “While public demonstrations like rallies and marches are very important to raise awareness about the toll of gun violence, it is always important to call for action. That’s why at the Walk in Solidarity with Survivors, Youth Over Guns will be registering people to vote as we walk across the Brooklyn Bridge. Let’s use our community power to honor survivors and elect gun sense lawmakers who will help us end gun violence. Join us Saturday, June 8 to support all gun violence survivors and to take action.”