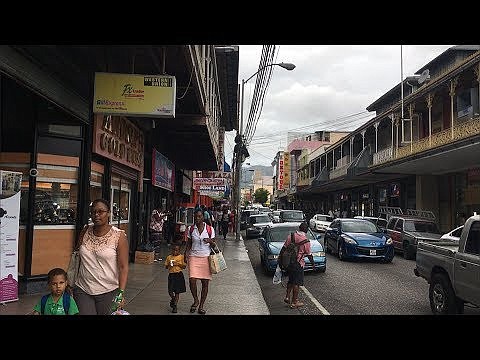 Trinidad has begun a massive two-week registration exercise of Venezuelans living in the country in a bid to bring some semblance of order to its refugee crisis even as more are arriving from the finance-starved neighboring South American nation each week.

With numbers hovering at between 50,000-60,000, authorities think the time has come to regularize the situation and plan to offer those who get registered the chance to live and work legally in the oil and gas-rich nation for up to a year even as Prime Minister Keith Rowley has emphasized a Trinidad first policy.

The island, alongside Guyana to its south, is the one bearing the brunt of the Venezuelan migration issues with numbers in Guyana heading toward 10,000 and as leaders in native Amerindian villages near the border are beginning to complain about the strain of hosting arrivals from across the border.

As the registration exercise enters its second week, police are being warned to focus on what might be a thriving human trafficking ring operating between the two nations. Fears about people, women in particular, being trafficked en mass come in the wake of reports of two incidents at sea where boats allegedly capsized killing more than 60 people.

In the last case in late May, passengers who had already boarded vessels to come to Trinidad and who had already alerted people in Trinidad about their imminent arrival never did so. That sparked a massive air and sea search that turned up not a single corpse or any evidence whatsoever about a mishap in the Gulf of Paria, a seven-mile stretch of water between the two countries. The fear now is that they might have been captured or rerouted by criminal gangs.

The Central Bank, meanwhile, estimates that it would cost the island $100 million a year to cater to the Venezuelan brigade but cabinet says the figure would be lower as those living legally would be able to take care of themselves rather than being a burden to the state.

Express newspaper at the weekend that criminal elements are taking advantage of the refugee situation. He spoke amid reports that a group of Venezuelan lawmakers is headed to Trinidad to investigate allegations about a massive trafficking ring of persons and that a mafia is operating between the two states. Hinds said that authorities are committed to stamping out any trafficking ring.

For his part, PM Rowley notes that there is a limit to what the island can do in terms of hosting ever increasing numbers of arrivals, reminding everyone that he has a responsibility to locals first.

“As a government we have a responsibility to protect the interest of the people of TT first and foremost. Whatever we feel about the people of Venezuela and their circumstance our first and primary responsibility is to protect the interests of the people of TT. It doesn’t matter whose fault it is. The Venezuelan problem is for Venezuelans. We are humanitarian, we are caring. We help but the help TT can give has to be limited. This little island cannot be the solution to millions or hundreds of thousands of migrants leaving Venezuela. And secondly international agencies, many of them with different agendas to our interests in TT, will not encourage us into converting TT—this little island state—into any refugee camp for the larger Venezuelan public,” he said recently.