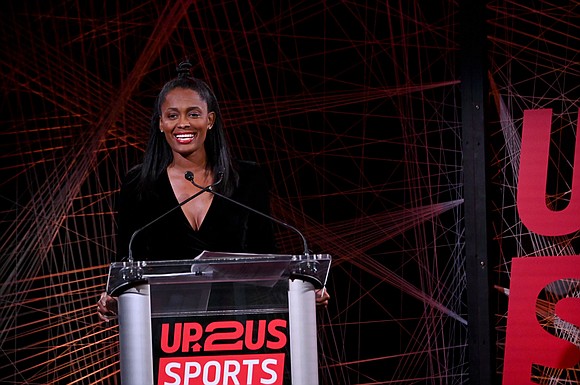 Former Division I basketball player and Yonkers native Tiffany Corselli has overcome obstacles in her life, including eviction and homelessness. But thanks to people who saw her talent and gave her positive direction, today she has earned both bachelor’s and master’s degrees and has embarked on a career as a coach and youth leader.

On May 29, Corselli was honored by Up2Us Sports as 2019 Coach of the Year. Up2Us Sports works on the principle that sports are an avenue for empowerment, leadership and building positive lives. The organization engages, trains and supports sports coaches, who in turn help to build up youth and transform communities.

After graduating from Niagara University with a bachelor’s degree in sports management, Corselli embarked on a one-year program in Ireland. She earned a master’s degree in business management at Dublin City University while playing pro basketball and coaching in a program called Sport Changes Life.

“Being there made me realize that sport is so powerful,” said Corselli. “I realized no matter where you are, sport unites all of us together. It has that same power. I was so happy I was able to teach the kids.”

She returned to the U.S. and in July 2018 joined KING (Kids in the Game), which partners with Up2Us Sports and its Up2Us Coach program, which is designed to give coaches the tools they need to thrive in sports-based youth development programs. Corselli currently works at two schools in the Bronx, getting kids engaged in sports activities.

When the summer camp programs are done, Corselli will be looking for a coaching job. She is open to opportunities, but would like to start with high school.

“That is such an important time in kids’ lives,” she said. “You get to help kids with self-esteem. If it wasn’t for the people I met during high school, there’s no way I would have won an award for Coach of the Year. They put me into basketball and made me see my potential.”

Last week’s gala was an incredible experience for Corselli, who enjoyed meeting the evening’s host, WNBA Champion and Olympic gold medalist Swin Cash. “Just to be in a room with such accomplished people, it inspired and motivated me,” said Corselli, who started the TC3 Scholarship Foundation. “A girl from Yonkers made it to this stage. The event was humbling. My job now is to help put kids in a position to succeed.”

Corselli hopes to coach Division I college basketball eventually, but she has a special long-term goal. “My ultimate goal is to open my own community center,” she said. “I want more kids to chase their dreams.”