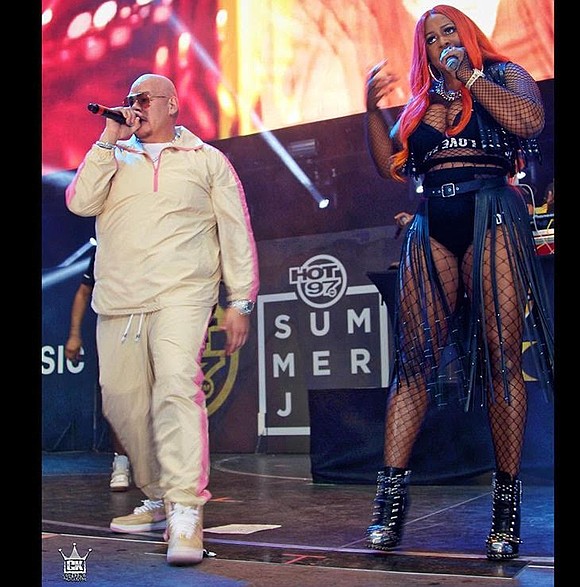 Sunday, June 2, marked the annual Hot 97 Summer Jam at MetLife Stadium in East Rutherford, New Jersey. The hip-hop show is one of the biggest summer concerts in the eastern region for hip-hop and R&B enthusiasts. For more than 20 years, Summer Jam has been one of the most anticipated concerts featuring the hottest artists and performers. Hot 97—also known as WQHT, a New York City based radio station dedicated to hip-hop and R&B—hosts Summer Jam. Summer Jam is just one of the many events the radio station is prominently known for. Thousands on top of thousands of people all over the states come to the concert.

This year marked the 22nd annual concert. They also teamed up with the streaming music service Tidal to livestream the show. It started off as DJ Juanyto brought out the winners of  Hot 97 Who’s Next Destination Summer contest.  Who’s Next Destination Summer Contest was a competition for upcoming artists to have the opportunity to perform at this year’s show. The winners of this competition were both New York natives Mod Da God and Na Boogz.  This year, Hot 97 teamed up with Tidal and streamed some of the acts on both the festival and stadium stage. Some of those performers include Cardi B, Davido,  Migos, Megan the Stallion, Meek Mill and much more. There was also a moment where the audience lit up the stadium for late rapper Nipsey Hussle.

Overall, the concertgoers seemed to enjoy themselves, even though they had to stop the concert for 20 minutes due to a forecast thunderstorm.

The energy was good, the music was what the people wanted, and Hot 97 came through again!