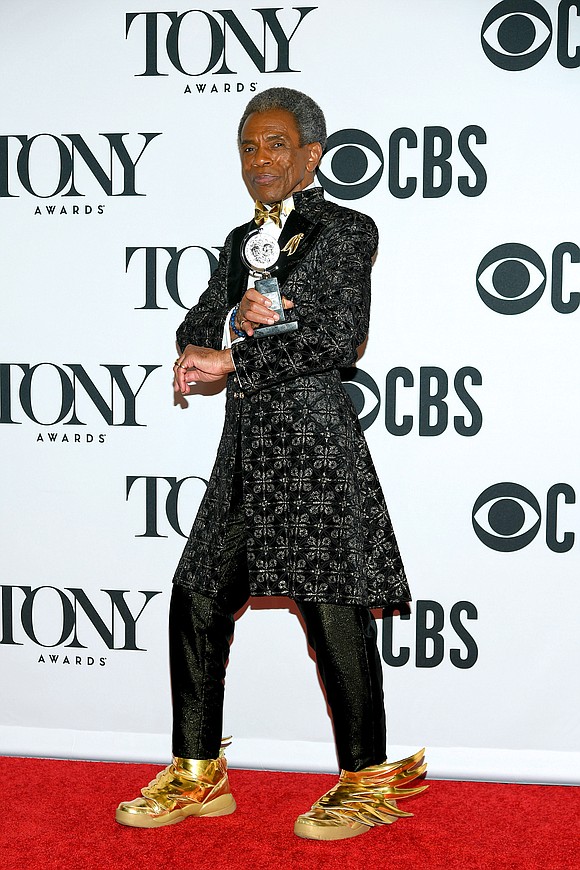 After 50 years in the business, at the age of 73 and at the 73rd annual Tony Awards, De Shields won his first Tony Award for best performance by an actor in a featured role in a musical for his portrayal of Hermes in “Hadestown.” De Shields, in his acceptance speech addressed his hometown. “Baltimore, Maryland I hope you’re watching at home because I’m making good on my promise to make sure you would be proud of me as your native son.” He also shared three cardinal rules, “1. Surround yourself with people whose eyes light up when they see you coming. 2. The slowest way is how to get where you want to be. 3. The top of the mountain is the bottom of another, so keep climbing.” Talking to the press he shared, “The greater world that I want to achieve is a heavenly one. Part of what I said this evening has to do with that comment that I said when I said to my colleagues in Baltimore, simply my family—my mother and my father who had dreams of being a performer, my mother wanted to dance, my father wanted to sing. So, when you see me dance, I’m using my mother’s feet, when you hear me sing, I’m using my father’s voice. This after so many installment payments is that comment, ‘debt paid in full.’” Talking about how he felt when they announced that he won, De Shields said, “I felt successful. I wasn’t going to leave Broadway until they gave me what I deserved... But there are so many other adventures that I want to have, there are so many other mountains that I want to climb. I gaze at the stars because the stars gaze to me. The decisions I make have to do with me being a Capricorn because Capricorns are climbers, so I’m looking for my next heap.”

Talking about the Broadway company of talent, Chavkin shared, “From the first day of rehearsal for the Broadway company we really think of each member of the company as a musician. What is often taken for granted is the musicianship of the performers. The reason I think that word is really special is it requires a profound level of craft…There is also a lot of level of trusts for our cast.”

Having worked on 30 Broadway shows in an illustrious career in orchestration, Harold Wheeler was recognized with a special Tony Award for Lifetime Achievement in the Theatre. A humble Wheeler thanked his wife of 40 years, actress Hattie Winston, his daughters and grandchildren. He commented, “I try to support whatever is going on onstage. I am honored and humbled by this award.”