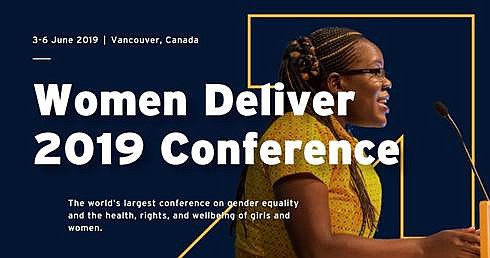 In this day and age of #MeToo shaking up outdated gender relationships around the world, it was somewhat unsettling to hear Ghana’s President Nana Akufo-Addo demean his country’s working women as insufficiently activist and dynamic enough to obtain better leadership jobs.

Did he really say this at the recent Women Deliver Conference at Vancouver attended by gender activists from around the world? Really?

The president was taking issue with 52 percent of Ghana’s population, the percentage of the nation comprised of women, whom he called insufficiently active to change the political structure that keeps women from leadership roles.

“I’m talking about dynamism where it matters…electing people to parliament, controlling political parties because they are the instruments by which our societies make decisions.

The Ghanaian president then added more fuel to the fire, implying that although his cabinet is made up of 30 percent women, they too lacked dynamism and activism.

Hours after his comments went viral, the earth shook with the fury of Ghanaian feminists and gender advocates calling on the president to apologize for his ill-considered remarks. Their voices echoed around the world in the form of activism hashtags on Twitter such as WeAreThe52Percent.

“Ghanaian women are dynamic and passionate about gender equality,” wrote Ruby Ofori in an early tweet. “@NAkufoAddo should stop complaining & start using his presidential power to remove the barriers that hold women down.”

Francis Abban followed up: “When will the affirmative action bill be sent to parliament? The fourth republic still waits almost two decades after its drafting and formulation.”

Incorporated in the so-called Women’s Manifesto, the affirmative action bill would cement Ghana’s commitments to global declarations and protocols that call for increased women’s participation and representation in public life. But it hasn’t been enacted.

“Despite promises, assurances, pronouncements and proclamations in election year after election year, very little action has been taken to address the systemic inequalities that prevent women from being part of the decision-making processes,” commented Hamida Harrison, program manager at ABANTU for Development, a gender and policy advocacy NGO and convener of the Women’s Manifesto Coalition.

As the crisis escalated, supporters of the president came forward to limit the damage. The women government ministers blamed the gender activists for misconstruing the president’s remarks.

“President Akufo-Addo did no wrong because he was calling on women to use their agency to amplify their voice in decision-making positions,” declared Minister Hajia Mahama.

“The president has challenged us and we should take up that challenge. We thank him for waking us up to do more as women,” added Communications Minister Ursula Owusu-Ekuful.

“Nobody in this country will dispute the dynamism of our women,” commented Professor Audrey Gadzekpo, dean of the School of Communication at the University of Ghana. “From the market to other spaces, women’s dynamism is all around us.”

Underscoring efforts made by women NGOs to ensure a greater number of women in district assemblies, she concluded, “That is activism, that’s dynamism. So by the time he says ‘people are not dynamic,’ we are asking what is he looking at, what is he expecting?”