Golden State may be down, but tonight, they’re all lit 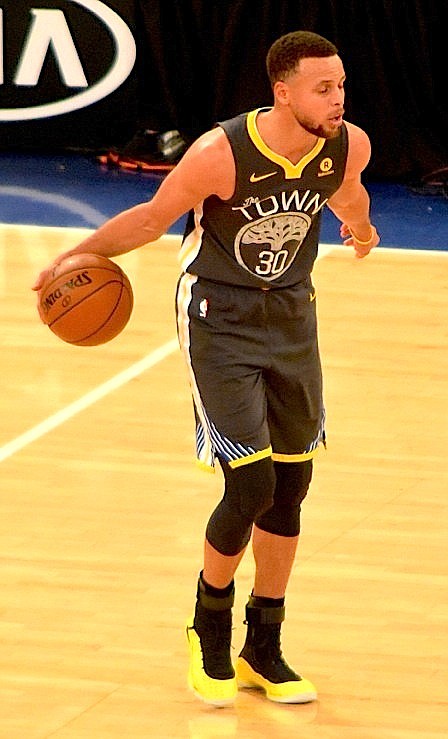 Tonight’s (June 12) Game 6 between the Toronto Raptors versus the Golden State Warriors in Oakland, Calif., is expected to be as exciting, as hyped as any Game 7 that has ever been played. The Warriors will be lit. Oracle Arena, where they play, will be lit. The city of Oakland is lit. Basketball fans are all lit.

Golden State, down three games to one on Monday night, disrupted Toronto’s massive plans for celebration by defeating them 106-105, contradicting popular belief that they’d be done.

Toronto had to re-refrigerate their champagne, hold off dropping those balloons, that confetti, all of their parties, the jubilation and handing out commemorative “We Are North” championship caps and shirts.

They were qued up, but Toronto didn’t get to play Kool and the Gang’s “Celebration” or Queen’s “We Are the Champions” on Monday night. Golden State either delayed or thwarted the Raptors’ chance to bring the first NBA championship to Canada. But as triumphant as Golden State’s victory was, “an incredible win,” as described by their head coach Steve Kerr, it was a horrible loss both at the same time.

The horrible loss? Teammate Kevin Durant’s right Achilles injury at the 9:50 mark of the second quarter of his comeback from a post season right calf injury on May 8 against the Houston Rockets that sidelined him for the next nine games, four weeks, five days.

Durant started Game 5, dropped 11 points hitting three consecutive threes with two rebounds in 12 minutes of play, but came down wrong on a dribble move with Serge Ibaka defending that took him out of the game and the rotation for the remainder of this series, and possibly for some time next season, depending on the severity of his injury.

Without Durant, the Warriors, the two-time defending champions, were able to hold off Kawhi Leonard’s last minute surge, their fatigue, emotions, turnovers, a diminished 14 point lead and Kyle Lowry’s buzzer-beating, “Oh my God,” hold your breath three from the corner that was partially deflected by Draymond Green, securing the Warriors’ dramatic win.

“On the one hand, I’m so proud of them, just the amazing heart and grit that they showed, and on the other I’m just devastated for Kevin,” noted Kerr after the team’s exhaustive victory.

The Warriors will bring their momentum from Toronto home with them for tonight’s game.

Down 3-2, Golden State needs this win tonight to get to Game 7, to three-peat on Sunday. They’ve won three chips in the last four years.

Tonight could be their last game of the season. It will definitely be their last game ever in Oracle Arena, a 19,596 capacity, where this franchise has played since 1971. They’ll move from the NBA’s oldest arena to a new facility next season. This city is just not excited, they’re amped. They’re all lit.