Jawan M. Jackson brings the bass in ‘Ain’t Too Proud’ 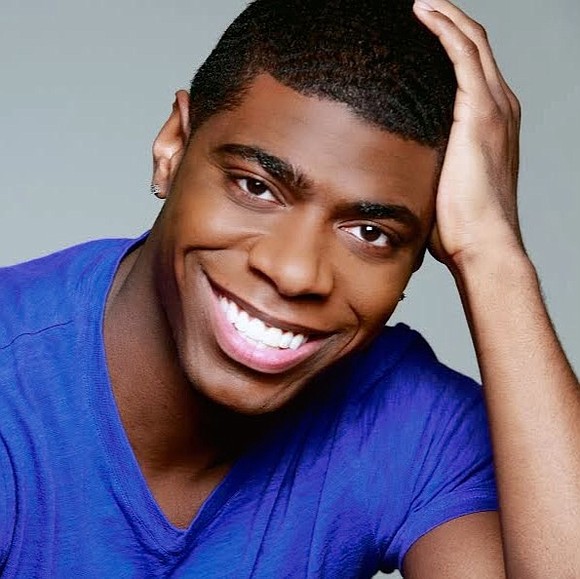 It’s all about the bass and in the Tony-nominated (12 nominations) musical “Ain’t Too Proud To Beg—The Life and Times of the Temptations” the person in charge of bringing the bass is Jawan M. Jackson.

Looking back at his life it’s clear to see that many of his very early steps were always pointed toward performing on Broadway in a show that highlights the best of the best, which Motown gave to the world.

Young Jackson was born and raised in the heart of Motown: Detroit, Michigan. His unique bass voice made him an early standout and he trained as an actor, singer, voice-over artist and radio personality. The richness of his bass was and is a ticket to his fortune.

To wit, Jackson made his professional debut starring in Broadway’s record-breaking smash hit “Motown: The Musical” as bass/baritone Melvin Franklin of The Temptations.

Here is what Jawan M. Jackson had to share with the New York Amsterdam News about performing in the Tony-nominated new musical “Ain’t Too Proud To Beg—The Life and Times of the Temptations.”

New York Amsterdam News: You have an amazing voice, Jawan M. Jackson. It’s all about the bass, am I right? It must be difficult to keep your voice healthy with such a demanding schedule.

Jawan M. Jackson: (laughing) Thank you and yes it is. I do a lot of vocal maintenance to keep my voice healthy.

AMN: What’s surprised you the most about performing in this musical?

JMJ: So many things but the most is just how New York has embraced us in every way possible.

AMN: How many dance combinations are in the show? I mean it feels like you are dancing through the entire show.

JMJ: (laughing) Oh my goodness Sergio [Trujillo] choreographed every single moment in the show. He’s a genius. I’m dancing throughout the entire show and it’s not just the dance moves it’s every single moment. A snap, a shoulder movement—everything.

JMJ: Before the show, I attended a six-week extensive session just to learn how to move. I’m not a trained dancer.

AMN: Tell us about the audience response. The night that I attended people were dancing in their seats.

JMJ: The audiences that come to the show are great. People know the music but most didn’t know the men behind the music. We are talking about five men who sacrificed. They all had ups and downs. Highs and lows.

AMN: How many songs are in the show?

JMJ: There are 35. We sing a lot. I love the music of Motown and Barry Gordy said it best.

AMN: What did Mr. Gordy say?