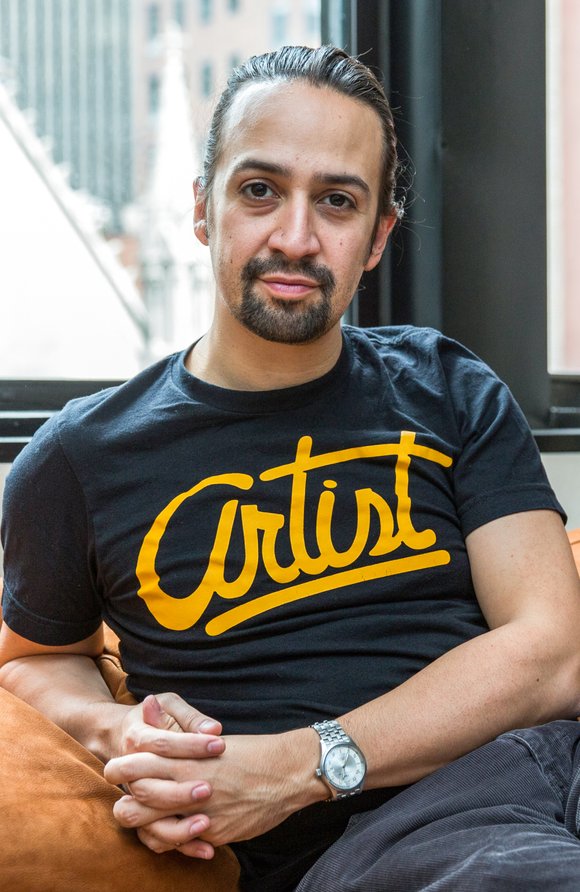 When you think of Alexander Hamilton, do you think of one of the founding fathers of this country and believe that he was someone against slavery and that the family he married into, the Schuyler family, was against slavery as well? Have you seen Broadway’s “Hamilton: An American Musical” and believed the story that Lin Manuel Miranda tells? Do you believe that these white people, who were plantation owners, had slaves and property and thought of their slaves as property, would really be kind to people who were held in the same regard as their cattle? Well, you have a chance to learn the truth about Alexander Hamilton and the Schuyler family when you go to the Nuyorican Poets Café and see a brilliant new play by Israel Reed, “The Haunting of Lin Manuel Miranda.”

Reed goes into depth about naming each of the falsehoods in “Hamilton” and having the characters of the people that were the victims of Hamilton and the Schuyler family come to haunt Lin Manuel Miranda and tell him the truth about their lives and suffering under Hamilton and the Schuylers. The stories are very horrific, but are said with strength, truth and conviction; they are not said as a put-down but as a chance to enlighten Miranda on what really happened.

Reed pokes fun at the fact that Miranda wrote “Hamilton” based solely on the 800-page book “Alexander Hamilton” written by Ron Chernow. What’s interesting about this play is all the historical information it provides the audience with. While “Hamilton” has a great, catchy beat, music, rap and dancing, it is telling a total falsehood that people—and more importantly young children—are believing. The facts of the horrors that Hamilton perpetrates on the slaves, as did the cruel Schuyler family and George Washington (who was also against the Native Americans), all of these facts are told in this blisteringly, sobering drama. But, I must say that Reed is not disrespectful. He gives Miranda an opportunity to become enlightened also.

It is playing through June 16 only, so go and experience this show and take the young people so that they can learn the truth. Knowledge is power! The Nuyorican Poets Café is located at 236 East 3rd Street in Manhattan. When I went on Saturday, the Nuyorican Poets Café was also celebrating 16 years of Rome Neal’s “Banana Puddin’ Jazz.” Congratulations Rome and well done with this poignant, important work!