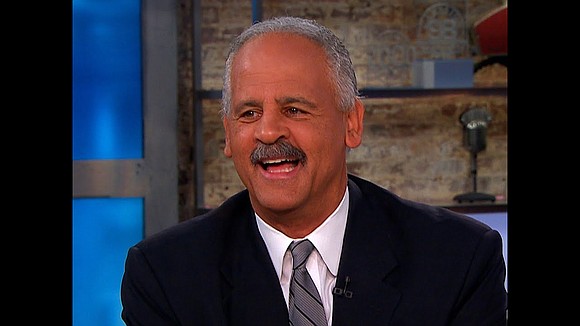 With looks and a bearing that scream part model and part pro athlete, it’s difficult to believe that Stedman Graham ever struggled with self-esteem issues. Add the fact that he has been in a relationship with perhaps the most famous woman on the planet, Oprah Winfrey, for over two decades and the thought is even more confounding. However, Graham really did struggle with self-image, self-esteem, and identity as a child and young adult.

Interestingly, some of those feelings came from growing up with widespread negative depictions of his hometown of Whitesboro, New Jersey. “It took me a long time to understand the stigma of being a Black town in a white county, where there was a negative perception about everything and you read nothing good about the town you lived in,” Graham explains. “There was actually a lot of good there and success there, but people tried to make you think otherwise.”

Graham also felt shame about members of his family with disabilities. He explains, “It took me a long time to even let people know that I grew up with two special needs brothers in my family.” Graham ultimately overcame those feelings to become the founder of a successful nonprofit, a business owner and the author of multiple books.

Graham played basketball in college and then in Germany for a number of years, fiercely clinging to the image of himself as an athlete. When his basketball career came to an end though, he was at a loss and had to find a way of figuring out who he was at his core. He was forced to start understanding who he was as a person. In his new book, “Identity Leadership” Graham explains, “My life dramatically changed for the better when I began centering all I do around my talents, strengths and passions.”

Graham’s book is also very much focused on what it takes to succeed in the new world economy—one not centered around being employed in an office or factory. In “Identity Leadership,” Graham repeatedly implores readers to understand that they are entering a different era and must adjust their ideas about themselves, and their ideas about how they will bring value to the marketplace.

In the book Graham writes, “The old system of memorizing information to take a test and then forgetting the information, makes it difficult to grow beyond our circumstances. Understanding how to apply knowledge and learning to self actualize your potential is what identity leadership is all about.”

The nine-step process Graham lays out in “Identity Leadership” can, he says, be applied on the community level as well. “It is possible. In my book, we give you a process you can follow which is based on self leadership and self empowerment. It’s understanding who you are first. The community has the same challenge. Who are we going to be? Who is leading the community? Where will this community be in 15 years?”