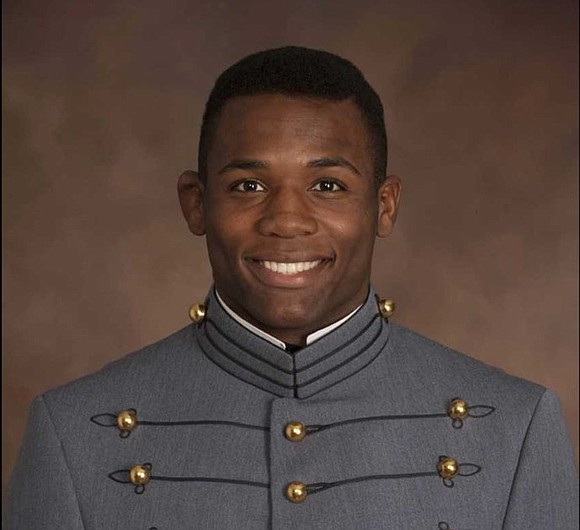 Family and friends gathered on Tuesday for a memorial service for Christopher J. “C.J.” Morgan, the 22-year-old cadet killed during an accident when a vehicle overturned at the United States Military Academy at West Point.

Mourners gathered at West Orange High School in New Jersey where Morgan graduated from in 2015. Reports indicate that he was killed when a Light Medium Tactical Vehicle rolled over. Nearly 20 people were also injured in the accident.

“Cadet Morgan was a valued member of the Corps of Cadets and will be missed by all. The entire community is ensuring that our cadets are being cared for physically, emotionally, and spiritually,” Superintendent Lt. Gen. Darryl A. Williams said in a statement. “Our thoughts and prayers are with the Morgan family.”

Army West Point Wrestling Coach Kevin Ward said in one published report that Morgan was a talented athlete and that his teammates, students and teachers were “devastated by his passing.” “Chris had an infectious personality with a smile big enough to fill any room, and a heart big enough to love everyone around him,” he continued. “He made everyone around him better and he will be greatly missed.”

More than 1,000 people attended the memorial service held in the high school’s gymnasium. Morgan was best remembered as a stellar athlete who excelled in wrestling and football. He was also in the band.

Morgan was reportedly going to graduate from West Point in 2020 with a degree in law. In a previous interview he said he was studying political science, foreign affairs and global economy. He had dreams of working for Homeland Security.

“He was a bright light to everyone around,” said Brigadier General Jemal J. Beale at the service. “He was a bold young man willing to dream and make it a better place. His impact will endure, and we’ll enjoy the impact he had on our lives.”

Morgan’s brother, Colin, spoke at the service and said he looked up to his brother. He plans to follow in his brother’s footsteps and attend West Point after graduating from high school.

“He showed me the way in almost everything that I did,” Colin said. “I know if I can even reach half of the amount of people that he did or be half of the man that he was, I’ll be a great person.”