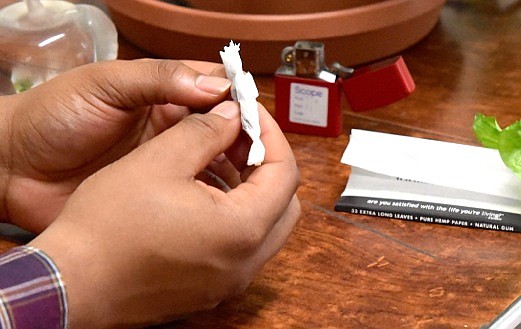 New York State Gov. Andrew Cuomo said legalizing marijuana was a priority for him and for the state legislature. Apparently, priorities have changed.

Albany has decided to pass on marijuana legalization this session disappointing some elected officials, advocates and public defenders in the process. The Marijuana Regulation and Taxation Act was part of a package of bills known as The Safer NY Act that would have legalized and taxed marijuana. It denies the state a potential source of revenue.

“It’s clear now that MRTA is not going to pass this session,” said New York State Sen. Liz Krueger in a statement. “This is not the end of the road, it is only a delay. Unfortunately, that delay means countless more New Yorkers will have their lives up-ended by unnecessary and racially disparate enforcement measures we inevitably legalize.”

Cuomo negotiated over the weekend with the leaders of both state legislatures. However, talks reportedly broke down on Sunday and they weren’t able to come to an agreement on what weed legalization in New York would look like.å

Kassandra Frederique, of the Drug Policy Alliance, said that the state legislature needed to do right by the people as soon as possible.

“The time for action is now,” said Frederique. “There is broad support and legislative momentum for equitable and responsible marijuana regulation. We cannot allow politics to distract from meaningful reform that addresses existing social injustices, promotes equity in the industry, and reinvests in communities most impacted by criminalization. We call on Governor Cuomo, Majority Leader Stewart-Cousins, and Speaker Heastie to pass marijuana justice and legalåization by the end of this session.”

Elected officials and advocates have tried to get the ball rolling on legalization for a while. Last week, a coalition of dozens of organizations from across the state descended on the state capital and called for Cuomo to pass the Safer NY Act package. Coalition members were joined by New York State Senators Jamaal Bailey, Julia Salazar and Brad Hoylman and New York State Assembly Members Nick Perry, Danny O’Donnell, Walter Mosley, Harvey Epstein and Dan Quart.

The Safer NY Act package included a bill strengthening and expanding the special prosecutor executive order, the PoliceSTAT Act (which requires statewide reporting on policing of minor offenses and deaths in police custody), the banning of custodial arrests for non-criminal violations and the Marijuana Regulation and Taxation Act, which legalizes marijuana under a marijuana justice framework.

“Our law enforcement officials are tasked with a difficult job in ensuring the safety for all New Yorkers,” stated Bailey. “Unfortunately, due to a lack of transparency, there continues to be a divide between members of the community and law enforcement, resulting in an often tenuous relationship. We need to strengthen and improve our community and police relations in New York State; this is why I am proud to sponsor a set of bills for the Safer NY Act. The people must have trust in any system they take part in, and these bills place us closer to having true transparency and accountability in our state.”

“When it comes to accountability and transparency in our law enforcement, New York is trailing behind other states,” added Salazar in a statement. “New Yorkers whose lives have been harmed by criminalization of marijuana cannot afford to wait for us to responsibly legalize adult-use cannabis. Passing the full Safer NY Act would bring transformative, positive changes to our state’s criminal legal system, police departments, and our communities.”

Other bills, on a smaller scale, have been put on the proverbial table, but advocates have pushed against half measures. The end of marijuana prohibition would clear prior marijuana-related criminal records and include a social and economic equity plan prioritizing marijuana-selling licenses for people from the communities most affected by its criminalization.

The MRTA would also direct tax revenue from legal marijuana sales to reinvest in communities hurt by the war on drugs via the Community Grants Reinvestment Fund, which would help provide youth development, economic empowerment and re-entry services.

“Black residents of Central Brooklyn know that when NYPD officers do something wrong, justice looks the other way,” stated Kesi Foster, lead organizer at Make the Road New York and spokesperson for Communities United for Police Reform. “Passing the Safer NY Act this session would be an opportunity for the NY State Legislature to deliver real accountability, from data reporting to ending police secrecy laws to empowering a special prosecutor to investigate all police killings and deaths. To do otherwise would send the message that New York’s legislators value the police over the people.”

Zakiyah Ansari of the Alliance for Quality Education saw The Safer NY Act as a tool in shutting down the school-to-prison pipeline.

New York City’s public defenders (The Legal Aid Society, New York County Defender Services, Brooklyn Defender Services, The Bronx Defenders and Neighborhood Defender Service) noted that the announcement to pass on marijuana legalization this session coincided with Juneteenth, which celebrates the abolition of slavery. The MRTA would have a significant impact on Black and Brown New Yorkers who are arrested for marijuana-related offenses at higher rates than whites despite using it at similar rates. In a joint statement, the public defenders tied the bill to continued racial injustice.

“This Juneteenth, as we celebrate the end of one shameful wrong, we call on the legislature to act now to address another,” read the statement. “Despite efforts to limit enforcement, marijuana prohibition continues to destroy the lives of thousands of New Yorkers each year. This can trigger months and years of ICE detention and deportation, sever access to essential public benefits, and result in the loss of one’s children to foster care. Until marijuana is legalized, the people we represent—who are disproportionately Black and Latinx—and their families will face these devastating consequences.”

“The only way to end the double standard in enforcement is for lawmakers to pass the MRTA and deliver justice for the communities that have suffered the devastating and far-reaching consequences of marijuana criminalization,” concluded the public defenders’ statement.

In a statement from The Black Institute, Bertha Lewis said on Wednesday, June 19th; “Today is Juneteenth, and this is what the legislature does on marijuana justice, kill the bill? Governor Cuomo said he would pass legalization in the first 100 days and he failed. The Assembly said they would pass it because they are the people’s house. They have shown us that Black and Brown people affected by draconian drug laws are not people. The Senate said they would be progressive in the majority, and yet the leadership could not wrangle the votes to pass the MRTA.

I guess it’s mind over matter. They don’t mind because Black and Brown people don’t matter.

This is unacceptable in every way. Now we see you legislature and New York State, for who you really are. You care more about revenue than doing the right thing. They are incompetent, and Governor Cuomo shouldn’t be allowed to finish his third term let alone contemplate a fourth term. Every Black and Brown person can see through their rhetoric. They are all hype and no substance.