‘The Cher Show’ is a sheer delight 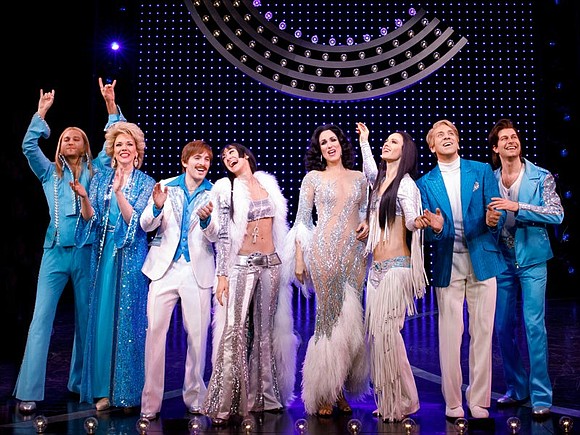 The cast of 'The Cher Show" Contributed

Cher is a dynamic performer and the struggles, hardships and hit songs of her life have been beautifully put together in a musical called “The Cher Show” playing at the Neil Simon Theatre on Manhattan’s W. 52nd Street. Rick Elice has created a very engaging story to chronicle Cher’s life and to tell her tale in characters presented by three actresses who represent the phases. There is Babe, the young Cher played by Micaela Diamond; Lady, the middle part of Cher’s life, played by Teal Wicks; and Star, the older, current Cher played by Stephanie J. Block. What is so captivating about this musical is the way that the Chers advise, talk to and sing with each other. These three enormously talented actresses definitely have captured the “Cher” vocal sound and it’s invigorating to watch. Jarrod Spector as Sonny Bono is funny and controlling.

It’s very interesting to see how Elice arranged the events of this musical icon’s life. It’s good to see her relationship with her mother. It is mesmerizing to learn that Cher went through so much growing up because of how she looked and that this beautiful woman, who has been a prominent singer and actress, has always had the challenge of not being able to read properly.

I was amazed to find out the controlling relationship that Sonny Bono had over Cher, first as the person to discover her, then as her husband and business partner (if you want to call her a partner, when he had 95 percent of their business and her attorney had the remaining 5 percent.)

Watching this musical is eye-opening, but also filled with gorgeous, sexy, Bob Mackie gowns and all of Cher’s most beloved songs, sung to perfection, by the three actresses and at the show I attended, the audience as well.