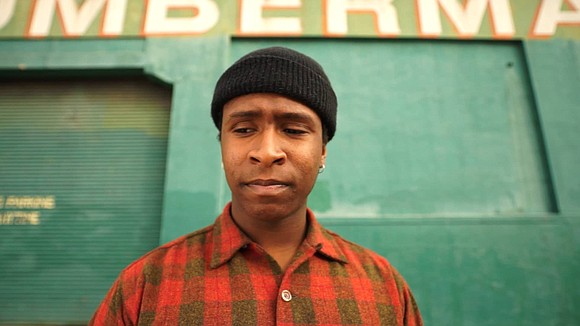 Gentrification is a BS word thrown around this great, big country of ours as a polite excuse for forcing low- and medium-income people—mostly of color—out of their homes and communities so higher earning (mostly white) people can move in (seize) and make it their own. Remember the land now known as the United States of America was occupied by hundreds of tribes and millions of people before white people decided to take every single stitch of this land—gentrification aka genocide.

In the new film “The Last Black Man in San Francisco,” the impact of gentrification is part of the story while the other part is a sort of love letter to the beauty of San Francisco. The film is filled with lush images of the city including the Golden Gate Bridge. But the most important image is of a distinctive Victorian house in the city’s Fillmore District. The lead actor, Jimmie Fails and the director, Joe Talbot, longtime friends and native San Franciscans collaborating on their first feature, clearly love this gleaming white structure lined with red and gold trim and a tall tower that pokes out of the rooftop.

The story isn’t true but it’s not false either. It’s a lightly fictionalized version of Fails’ own childhood. An interesting note that he plays a character also named Jimmie Fails who is our guide through his version of San Francisco.

Kudos to the director of photography because the colors are vibrant—almost enchanting. Here the team presents a world as they see it or maybe a world as it should be? That’s the great thing about the film; it’s all a matter of perspective, really.

Best friends Jimmie lets Montgomery aka Mont (Jonathan Majors), a constant companion crash on the floor of his bedroom. Kindred spirits we get a glimpse of this as they ride together on Jimmie’s skateboard into a city that they feel doesn’t really fully understand or appreciate them.

Mont makes a living working as a fishmonger, but his real passion lies in art. He also aspires to be a playwright. He passes his time drawing and pouring over classic films on TV, summarizing the plot for his blind grandfather (Danny Glover). Jimmie is a nurse for the elderly but his real focus is preserving the memory of the old Victorian, his childhood home. The property was lost by his father (Rob Morgan) but he still goes there to touch up paint and pull the weeds in the garden despite it having new owners.

Then one day something happens. The house abruptly becomes vacated and put on the real estate market, and Jimmie secretly moves in with Mont, trying to restore the house to its former glory.

Inside the house is a squatter’s paradise. It’s filled with intricate woodwork and antique furnishings and memories.

Jimmie tells us that his grandfather actually built the house in the 1940s. The city did not have many African-American residents then but things changed when the U.S. forced thousands of Japanese-Americans into internment camps during World War II. This was about the time that African-Americans were fleeing violence from the South, and many found their answer to economic survival in the Fillmore area and began working in the city’s shipyards.

Jimmie is filled with love for the city and the house so it is much deeper than a film about gentrification. He has a tremendous sense of humor about what’s happening and it keeps the story moving, briskly.

Their friendship anchors the film and helps support the other interesting characters that populate their lives. These include their friend Kofi (Jamal Trulove) and a street preacher (Willie Hen) whose sermons highlight the public role in the changing world. And finally, a long-lost childhood pal who breezes in and helps put everything in perspective.

“The Last Black Man in San Francisco” is brimming with life and love. It could become a new classic and it’s most definitely a love letter to dreams. Now playing.