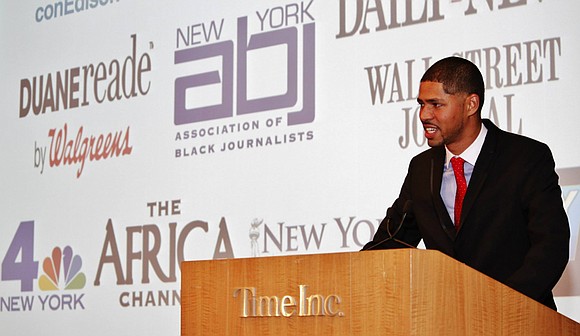 It seems like only yesterday that the city of New York lost one of its journalists, known as Michael J. Feeney. Feeney, unfortunately, died of Staph infection in his kidneys which took him from this world at the young age of 32 in the year 2016. Feeney was an exceptional student even during his years at Teaneck high school where he began on the path to being a journalist. He then went on to receive the Mal Goode Journalism scholarship and his path eventually led him to the HBCU known as Delaware State University.

During his time at the school, he was already flooding the school’s newspaper with articles. He was also a member of DSU’s Alpha Phi Alpha fraternity and served as the president of his chapter in the year 2003. He also held various internships while in college including one at The Associated Press in the city of Baltimore. After college, he earned his first job at The Associated Press bureau in Detroit. Eventually, he moved back to the Northeast and in 2009 was writing for the New York paper, The Daily News. He covered the area of Manhattan for the paper for five years and eventually moved forward to become a freelance writer for various news outlets including NBC News.

Feeney had worked heavily on entertainment journalism interviewing artists like Drake, Lil Wayne, Rihanna, and even FORBES’ recently named “Hip-Hop’s First Billionaire” Jay-Z. He also spent time mentoring many young aspiring journalists across the city. In fact, Feeney traveled all over the states to speak at various schools and events for young journalists. Before his untimely passing, Feeney had the intentions of writing a book and even taking a job at the famous CNN news outlet in the city of Atlanta.

Even after his passing Feeney continues to give back to his fellow young journalists through the Teaneck scholarship. In a recent interview with a family member, we learned more about the scholarship and the story behind it. It is stated that Feeney was “very instrumental with the school and its students.” Feeney would speak at events, job fairs, informing students about college life. He was very close to the school teachers as well. In fact, a former student that he worked with currently works on the committee for the scholarship showing that Feeney’s touch knows no bounds. This has been in existence since 1957 and as of last year alone 64 students were selected to receive a collected total of $69,000 and all of that money raised continues to go to the students and supporting their goals. The family member stated how they would like to receive another endowment in order to keep this train of support moving forward.

To this very day, Feeney continues to inspire young students to take all of the opportunities possible and even after his passing students ask “What would Feeney have told me?” As for the young students still pursuing future careers in journalism, our source has this to say: “Don’t be afraid to go outside the box and don’t be afraid to move around” in reference to Feeney’s movement across the states. Finally, Feeney would always tell his mentees to “Go for it!” so to the future writers and journalists out there go for it!

You will find more information about the Feeney Teaneck scholarship on the website: https://www.gofundme.com/michael-j-feeney-teaneck-scholarship-fund.