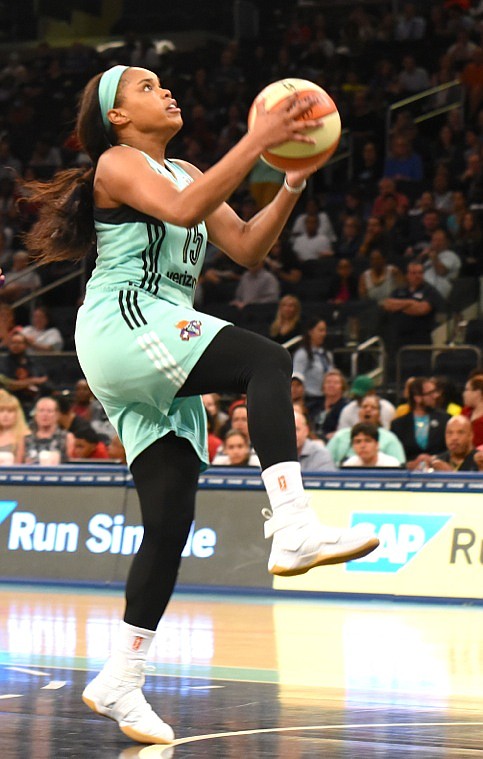 Center Amanda Zahui B scored a career-high 37 points. Together with guard Kia Nurse’s season-high 26 points and rookie guard Asia Durr’s 11 points, the New York Liberty earned a 98–92 win over the Los Angeles Sparks. Coming on the heels of an embarrassing 65–100 loss to the Las Vegas Aces the night before, the road win in Los Angeles was all the more impressive.

Zahui B said no one should be surprised that she stepped up and had a great game. “I’ve been playing in this league for five years, so they’ve been harping on pick-and-pop and pick-and-roll and mix it up,” she said. “They gave me a little bit of room because I rolled in the beginning and then they had to actually pick if they were going to stop the roll or the pop.”

Guard Brittany Boyd also achieved a career-high with 12 assists. While Sparks players were pleased with their ability to contain forward Tina Charles’ offensive game, she still was a significant contributor with 13 rebounds, nine points and one steal. The game marked veteran guard Tanisha Wright’s 400th career steal. It was also Katie Smith’s first win against the Sparks as a head coach.

“I thought they battled and came out on both ends and gave really good effort from start to finish,” said Smith. “I thought we were aggressive. Our season overall—except for Indiana and Vegas—I thought we have been building…Our energy has been really good, we’ve been improving in areas and pushing the tempo and trying to create opportunities.”

Moving forward, Smith said the team still needs to get smarter on the defensive end. “The energy has to be there individually, but also being smarter on how you are guarding people,” she said.

With this win the Liberty moved to 3–5 overall. The Liberty is next in action on Saturday night in Minneapolis against the Minnesota Lynx. The next home game is on Friday, June 28, against the Dallas Wings, when the Liberty will celebrate Pride month.