Who are the diamonds in the rough in the 2019 NBA draft? 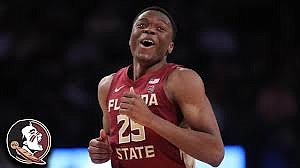 Few basketball fans, even those that are close followers of the sport, knew the name Pascal Siakam when he was selected by the Toronto Raptors out of New Mexico State late in the first round with the 27th pick in the 2016 NBA draft.

A year later, the 6-9 Siakam had yet to make a significant impact with the team but showed promise as he carried the Raptors 905, the franchise’s NBA Developmental League affiliate, to the D-League—renamed the G-League—title, earning Finals MVP honors. After averaging 7.3 points and 4.5 rebounds and appearing in 81 of the Raptors’ 82 regular season games in the 2017-18 season, Siakam blossomed this past season.

The 25-year-old native of Cameroon became one of the bright young players in the game and an indispensable component of the Raptors’ championship squad. He may now be one of the primary factors in Kawhi Leonard’s decision whether to remain with the team or sign a free-agent deal elsewhere. Leonard doesn’t have to seek to unite with another elite running mate as Siakam is on the cusp of stardom.

Those drafted ahead of Siakam in 2016 who have already been deemed busts or fringe NBA players by a plurality of fans and league personnel executives alike include Dragan Bender (No. 4), Marqueses Chriss (No. 8) and Malachi Richardson (No. 22). Malcolm Brogdon, a second round pick of the Milwaiukee Bucks at No. 36, went on to win the Rookie of the Year award.

Siakam and Brogdon affirm the draft is an inexact science. Significant resources are poured into scouting, working out, interviewing and evaluting potential draft picks yet year after year most teams miss on their high draft picks. But there are always diamonds in the rough like Siakam and Brogdon.

Some of the players whose names will be called tonight at the NBA draft at the Barclays Center in Brooklyn that are not expected to be high picks but could excel at the next level are USC’s Kevin Porter, Gonzaga’s Brandon Clarke, Harlem native and University of Virginia product Ty Jerome, Purdue’s Carsen Edwards and Florida State’s Mfiondu Kabengele.