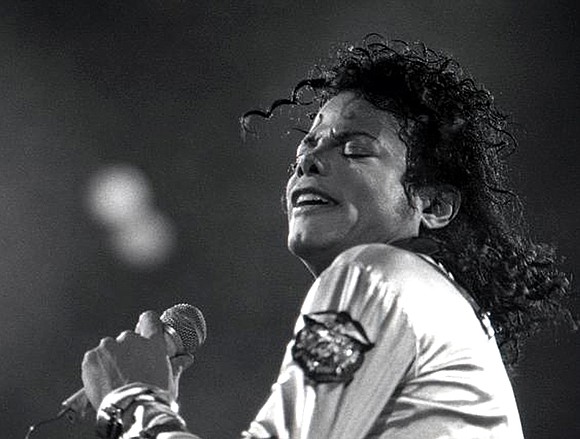 Orson Wells' rich, brilliant & ultimately doomed character Charles Foster Kane died, alone and unloved, in his California mansion. At the time of his passing he was a deformed, corrupt and far removed from the genius displayed in creating his mass media empire. In the aftermath of Michael Jackson's I couldn't help but think of 'Kane..' Michael's Zanadu had been stripped from him a few years back, leaving him wandering from rental to rental home, such as the one he died in in Los Angeles yesterday.

Michael was prepping to try to recapture his once elevated status with 50 sold out shows at London's massive O2 arena. But that was not to be. In fact I believe that the stress of preparing for that show, after his long performing layoff, played a role in his demise. With the music, videos and event tour that supported 'Thriller' Michael re-invented the art of the blockbuster album, creating an international stardom that endures. And, sadly, for the last twenty five years of his life Michael was in a losing battle with himself, trying to match that magical year even as the culture changed, the record industry imploded, and his personal demons ruined his reputation.

At several points in his life Michael revolutionized pop culture. He lead the first black teen group to cross racial lines. With Quincy Jones, he produced a trio of albums (Off the Wall, Thriller, Bad) that reinvented the rules for black artists musically and in terms of international appeal. The videos, grandiose, elaborate and full of wonderful dancing are still the gold standard for the merging of music & image. Along with Eddie Murphy, Bill Cosby, Oprah Winfrey, and so many other media legends, Michael made the '80s a golden age for black pop culture.

I, like so many of you, grew up with Michael Jackson. With my mother, sister and family friends I attended the Jackson Five's first Madison Square Garden show. Over the years I attended eight Jacksons/Michael Jackson shows and spend countless hours over the last forty years thinking about and, often writing about that man. In fact a book I did about him, The Michael Jackson Story, in 1984 jump started my career. It was first book and first exposure to the media machine that both celebrated, reported about and, ultimately, ripped him apart.

It's hilarious how one sided much of the immediate commentary about the man has been. Sinner or saint? More apt is artist and sinner. People want to simplify a truly complex life. We have to be sophisticated enough to acknowledge that greatness and a touch of evil dwelled in the man. I've always believed that transcendent art emanates from the purest, most evolved parts of our soul. But that highly spiritual achievement doesn't absolve us of our daily misdeeds. To simply brand him a smooth criminal, as some have, or to overlook his tragic nature, as have others, is to deny his humanity. The meaning of Michael Jackson's life -- as a black man, a sexual being, a abused and abusing adult -- will be interpreted to fit the prejudices of the speaker. His music -- it speaks volumes.