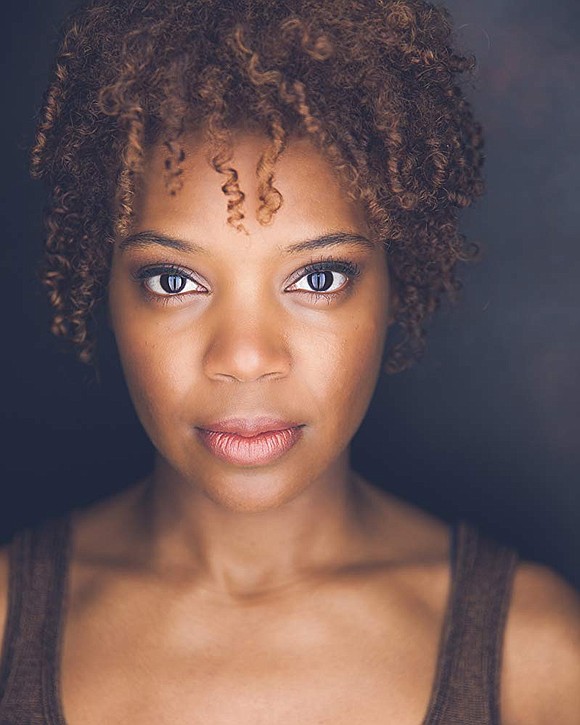 Chasten Harmon was supposed to be a boy; at least in the minds of her parents she was. “My parents thought I was going to be a boy and the whole time they were going to name me Justin. When I came out a girl, they named me Chasten. I think they said they met someone in my hometown by that name and they liked it.”

A Midwestern girl, Harmon grew up in the small town of Columbus, Indiana. “Columbus is a really lovely town to raise a family in,” she begins. “Both my sister and I were performers and it was a town that really nurtured that for us and gave us a lot of opportunities to do what we wanted.” Chasten’s sister, Marja, is a celebrated singer and theater actress in her own right.

Though Harmon admits her predominantly white hometown was supportive, when she hit adolescence, things changed slightly. “I was one of the few artists in high school,” she remembers, “so I was kind of like, ‘gosh I don’t have the same vibe or energy that everyone else has got going on.’ I felt a little bit like a loner.”

Though New York City is the polar opposite of Columbus, when Harmon got to New York as a student at NYU, it felt like home. She says, “I was like, ‘Wow, now I’ve found my people!’” Though Harmon planned on majoring in music at NYU, she started to wonder if maybe acting was a better fit. “My sophomore year acting class really made me realize I love music and I love dance because it’s storytelling, but I also realized I’m really an actor. It’s storytelling and acting first and foremost, and that excited me.”

Harmon still considers herself, “One hundred percent a nature girl!” And as much as she loved New York City that was a part of her life that she missed connecting to. “I grew up running around in the woods all day so I missed my nature fix!” She got the chance to reconnect to nature in her role as sex worker Bessie in the underrated period drama “Damnation” that ran in USA for one season. The show filmed in Calgary, Alberta in Canada’s midwest. Harmon gushes, “It was big, open skies and mountains. That experience was so eye-opening. I said ‘I need more nature.’ After that I moved to Los Angeles because I just had to have more access to sky, and hills and grass!”

The character Bessie was the right role at the right time that almost didn’t happen. “When Bessie came along, I was in New York working four jobs at once and fielding a million auditions. I remember that script coming across my inbox a couple of times and I couldn’t make the audition. My manager kept encouraging me to try it.”

Harmon finally auditioned, and the rest is history. “It happened so fast and I have a soft spot for period pieces so it was really a dream come true for me. And Bessie was such a wonderful character as an educated Black woman who makes certain choices due to the time and circumstances. It’s why I have such faith that God has a plan. It was a blessing!”