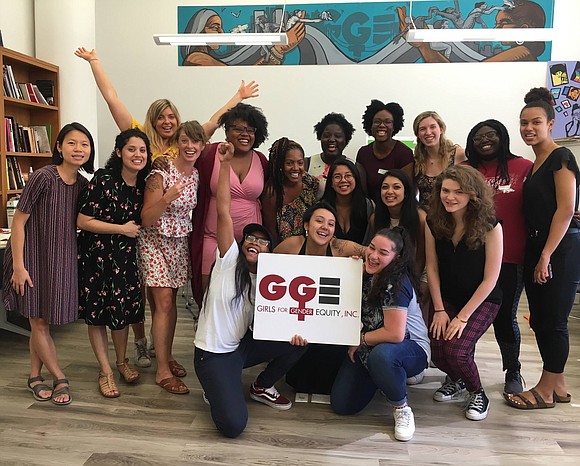 New York City’s City Council and Mayor Bill de Blasio have secured $857,000 in permanent funding each year to fund seven Title IX coordinators. The beginning of this funding begins July 1, 2019. Currently there is just one coordinator to service all five boroughs.

Girls for Gender Equality in conjunction with Title IX wanted to give the public opportunities to interact with the department of education, and become knowledgeable about the issues young adults face.

The School Girls Deserve program focuses specifically on girls of color because they say that there was not enough information on this demographic.

The GGE works with youths K-12, who come from various backgrounds and with different experiences. They especially work with youths who have dealt with sexual assaults.

They have meetings to reassure youth that they are “worthy,” showing them that they are not alone, and giving them a safe space to be themselves without judgment.

With recent published reports of increased violence in schools against the TGNCNB youth in the LGBTQ community, while the GGE does not include creating a separate school, their goal focuses on pushing New York schools, and schools nationwide, in the direction of awareness and acceptance.

The rampant nature of gender inequality has pushed the GGE organization to create a group that specifically targets the survivors of child sexual abuse, known as Sisters in Strength.

Just a year old, the Sisters in Strength mission is to help heal these children in any way they can. When it comes to girls and women of color, they are treated differently than their white peers, especially in areas of surveillance, income, education and policing, to name a few areas.

“Gender is defined as a social construct as a way people move through the world. Many ways to think about gender is how they think about themselves,” said Brittany Braithwaite, GGE’s manager of organizing and innovation. “Gender is definitely not assigned at birth; this is something they decided on their own and it means something different to everyone.”

Observers state that with every change comes opposition, even though Title IX provides a safe space for those who do not conform to traditional gender roles.

This was in direct opposition to how former President Barak Obama interpreted Title IX and how it affects sex and gender.

Title IX specifically prohibits discrimination on the basis of sex and not gender identity. Supporters say that with the constant changes in society today, especially on the topic of sex and gender, specificity is key.

They add that an increased protection for transgender, and gender non-conforming members of the LGBTQ community, K-12 are requested in instances such as this.

Some New Yorkers now praise the work that de Blasio has done, especially in conjunction with and for the LGBTQ community.