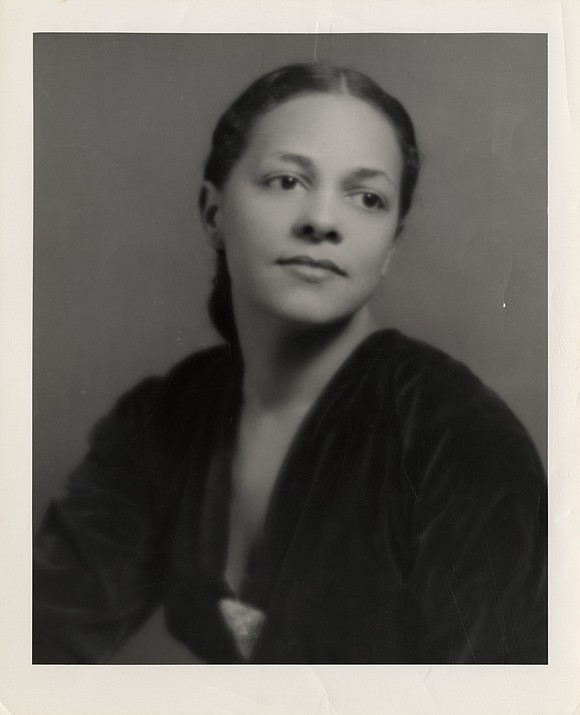 A generation has gone by since Josephine Love’s Your Heritage House was among Detroit’s most prominent cultural sites. Even so, there are many who recall her and the significant role she and her institution played in educating the community on the city’s important legacy, particularly in the fine arts and crafts.

She was born Josephine Harreld on Dec. 11, 1914, in Atlanta and was the product of a very distinguished and accomplished family. Her father, Kemper Harreld, was a highly regarded concert violinist and the first director of the Morehouse College Glee Club. Her mother, Claudia Turner, of white and Native American ancestry, was a poet. William Jefferson White, her maternal grandfather, was one of the founders of Morehouse College.

“I was one of those children who did not resist the plans of a parent for his or her career,” she told Marlene Chavis in an interview published in “Untold Story” edited by Alan Govenar. “I grew up in a home surrounded by musical people and permeated by music.” By the time she was three her father tucked a violin under her chin but she gravitated to the piano and at a very early age began to pick out tunes. “I have always had what is known as a good ear and could play easily what I had heard.”

At the age of 12, she was a professional pianist and often gave recitals when she wasn’t accompanying her father to his violin concerts. She studied piano with her father and with the esteemed Hazel Harrison and composition with Walter Piston.

This natural ability was accentuated at Spelman College where she majored in English with her ongoing study of piano and violin. Inevitably, she was a member of the Spelman College Glee Club and the Spelman-Morehouse Chorus and the University Players. In 1932 she was the recipient of the William Travers Jerome award for arrangement of the Negro Spiritual “You May Bury Me in the East.” A year later she won recognition for her musical setting for the Greek tragedy “Antigone.”

At the Juilliard School of Music in 1934, she completed postgraduate study and two years later received a master’s degree in musicology from Radcliffe College and subsequently attended the Mozart Academy in Austria. She made her concert debut as a pianist in 1939 in San Diego. Later she was the accompanist for Anne Brown who had been chosen by George Gershwin to play Bess in the original production of “Porgy and Bess.”

In 1941, a year after meeting William Thomas Love (1901-1966), a physician, they were married. They had met after her recital at Second Baptist Church in Detroit. A year later they were back in Detroit where she established a music studio. Soon, after beginning with only a few students, her lessons attracted more and more young people who were not only interested in learning to play the piano but in the other arts activities. From this growing interest she co-founded Your Heritage House, providing children with a variety of artistic outlooks, from puppetry to painting and sculpture, all of which had been Josephine’s endeavors.

During her interview with Chavis, Josephine explained the process of programs at Your Heritage House. “The youngest children are two-year olds who can attend a Family Arts Workshop with their parents,” she began. “At four years, Creative Movement is offered, and at five, Explorations in Art and Music, the beginning of learning about producing and putting together musical sounds. This is coupled with the introduction to visual art. Sketching, painting, sand casting and other types of ceramics, paper sculpture, collage, note reading, pitch recognition, and techniques of learning to perform on simple easily mastered musical instruments comprise the Explorations in Music.”

Besides the various classes, Your Heritage House featured forums for plays, recitals and lectures with visitations from noble artists and writers. One memorable occasion was the appearance of the poet and storyteller Sterling Brown who regaled the audience with his memories of teaching at Howard University and traveling across the country reciting poetry.

Over the ensuing years, Josephine and Your Heritage House nurtured thousands of children in their artistic ambitions, several of whom like the painter Alvin Loving have achieved global recognition. The impact of her advocacy came home to her during a visit to Washington, D.C. in 1979 to attend a dinner sponsored by the National Black Child Development Association. “There was someone present from every period of my life up to now—adults who had been children in my programs, older adults who had known me as a child, childhood playmates, and one of my own children. In the audience were three young women who were in the Merry MADS! They are educating their children in the arts as they were educated, they said.”

There was a time when the walls of Your Heritage House were festooned with certificates, plaques, and commendations citing the influence Josephine and the House played in developing and teaching children about the arts. Included among the awards was one in recognition from the Detroit Chapter of Jack and Jill of America, 1971; as well as others from the Great Contributions to Black America Award, Wayne County Community College, 1975; Children’s Service Award, National Black Child Development Institute, 1978; Virginia Kiah Honor Certificate of Service Award, National Conference of Artists, 1980; Spirit of Detroit Award, 1982; Outstanding Leadership Award and Barbara Rose Collins Community Service Award, 1983; Creative Projects Award, Alpha Kappa Alpha Sorority, 1983; Focus and Impact Award, Oakland University, 1984; Arts Foundation of Michigan Patron Award, 1987; and Institution Builders Award, National Black Arts Festival, 1988.

Josephine served on a number of boards and review panels, lectured widely on the arts, and published a number of articles, including biographical sketches of Hazel Harrison and Azalia Hackley.

She died in 2003 and is buried in Detroit’s historic Elmwood Cemetery.