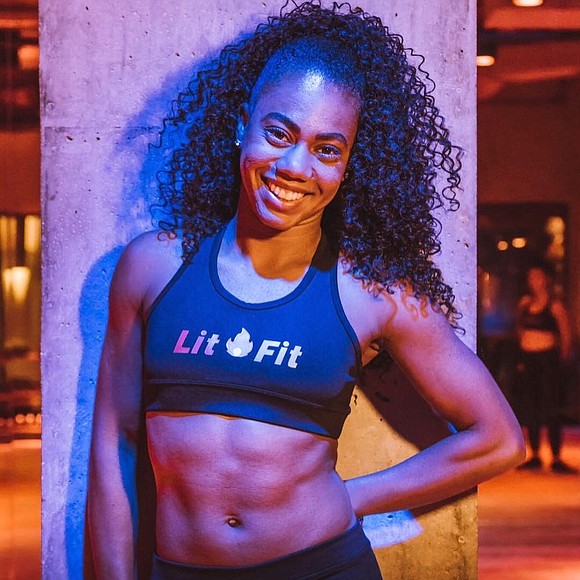 Symone Gates is bringing a new perspective to the saturated Cannabidiol (CBD) industry. Gates founded The Bade Collection while working as a full time fitness trainer where she suffered from chronic back and shin pain that affected her work and sleep. By enrolling in WeWork’s Veterans in Residence Program, she was able to bring The Bade Collection to life using advanced natural ingredients, such as hemp derived CBD.

“It was never my plan to start a business, but I started formulating natural products that would help me with the pain I had,” she shared. “Once it helped me I started giving it to my peers. I got good reviews and then decided to sell it.” Gates says that she had been searching for helpful natural products that did not have harmful chemicals in them.

In the process, Gates is also empowering other women as the Harlem-based company remains woman owned, and proudly operates in conjunction with an 80 percent female integrative supply chain. “We source 100 percent of our hemp, and more than half of our herbs and butters are from women owned domestic farms.” Gates finds that she and the women she works with know pain as well as how it affects women’s bodies, and are best suited to start conversations around more natural solutions.

“I had the advantage of working as a fitness trainer, so I knew how to work to relieve pain.” Gates coupled her fitness knowledge with her cannabis infused remedies as she tapped into a white male-dominated industry. “A lot of the products you see in stores are owned by white males. I’m trying to rewrite that current image,” she said.

Like every new entrepreneur, Gates faced a few challenges as she birthed her business. “Getting access to relevant information to start a business logically was particularly difficult,” she confessed. “ I had never worked within a beauty industry before. Additionally, finding a female mentor was difficult for me.”

Knowing the challenge of having to find a mentor, Gates is determined to make herself accessible to other young women venturing into entrepreneurship. “I always make sure I’m at any women business conferences. I’m also making sure to invest myself in the Harlem community. I’m involved with WeWork's Veterans in Residence program powered by Bunker Labs.”

According to their site, WeWork’s one-of-a-kind Veterans in Residence gives budding veterans and veteran spouses the opportunity to turn their passion into a reality. This year, more than 130 veterans and veteran spouses nationwide have been inducted into the incubator-like program. Veterans in Residence brings together tribes of veterans in 15 cities across the country to help them grow their businesses with free mentorship, business guidance, office space in WeWorks, networking with VCs and more. Launched on Veteran’s Day in 2017 in partnership with Bunker Labs, WeWork has already helped hundreds of veterans through the program. For a lot of people, this marks the first time they’ve received a true shot to bring their idea or small business to the next level. Every six months WeWork inducts new veterans into the program, with the goal being to impact the businesses of at least 1,500 vets over the next five years.

Gates hopes to inspire others with her success story. “I hope my story will inspire others to not give up,” she says. “Everyone seems to be having a side hustle and people think it’s impossible to turn that into something bigger because of money, for example. But you can grow that side hustle. It’s a lot of hard work but it’s not impossible.”