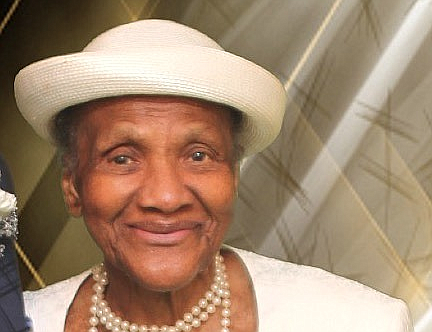 Mrs. Elease Cooke celebrated her 100th birthday Feb. 15, 2019. The special centennial celebration took place Saturday, Feb. 16 in the community room of the Isabella Center in Manhattan. Family and friends from near and far came to take part in this milestone event. Mrs. Cooke’s grandson, Julian K. Braxton of Boston, Massachusetts and a Washington Heights native, presided over the celebration. The Rev. Frank Hawkins, pastor of Greater Central Baptist Church in Harlem where Mrs. Cooke has been a member for over 60 years, offered a wonderful tribute, and longtime family friend the Rev. Frederick Crawford, pastor of Union Grove Baptist Church the Bronx, delivered the prayer of thanksgiving and the benediction. In addition to tributes and reflections from family and friends, Elder Terence Kitchings, music director of McDonald’s Gospelfest, was on hand for a special music presentation. Mrs. Cooke, a native of Camden, South Carolina, moved to New York City in 1942 as part of the Great Migration and has been residing in Harlem ever since. Elease married the late Julian Cooke and has three children, three grandchildren and four great-grandchildren. She has been a dedicated member of the Ushers Ministry Greater Central and has been an active member of the United Ushers Benevolent League of New York and Vicinity. Mrs. Cooke received a citation from Councilwoman Diana Ayala which noted, “a great city is only as great as those persons who give exemplary service to their communities and such service is the lifeblood of the community and the city.” When asked what is the secret to her long life, Mrs. Cooke responded, “It’s simple, family, faith, hope and love, and kindness, yes, always being kind to others is the only way to live.”