Will the Giants draft a quarterback and move on from Eli Manning? 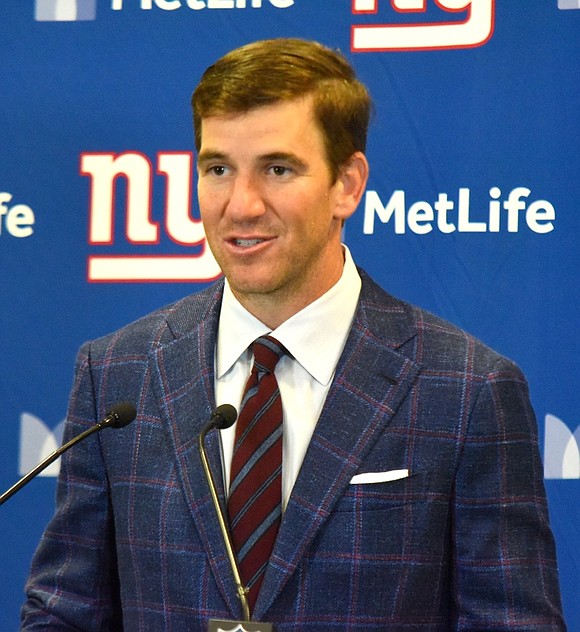 Giants general manager Dave Gettleman and head coach Pat Shurmur, in consultation with co-owners John Mara and Steve Tisch, will soon have to make two of the most consequential decisions in the franchise’s recent history: whether to draft Eli Manning’s successor in the first round in next month’s NFL Draft and initially let him sit behind the veteran, who has one more season remaining on his contract, or draft his eventual replacement and part ways with the 38-year-old Manning this winter.

Last April, Gettleman, who Mara and Tisch hired in December 2017 after former general manager Jerry Reese was fired, practically assured fans and media in his comments leading up to the 2018 draft that he would select Saquon Barkley with the No. 2 overall pick instead of taking one of the potential Pro Bowl quarterbacks available.

Gettleman’s logic for drafting Barkley over a QB was sound. He argued that he had to be able to envision a player taken that high who would someday be wearing a Pro Football Hall of Fame gold jacket, which he didn’t envision for the quarterbacks he saw available. Barkley certainly started his career on that path by setting multiple rookie records, including a franchise mark of 1,307 yards rushing behind a below average offensive line.

But the Giants finished 5-11 and many pundits placed much of the blame on Manning. So nearly one year after Barkley became a Giant, Gettleman finds himself in the same situation. Highland Park, N.J. native Dwayne Haskins, who had a stellar 2018 season for Ohio State and a strong showing at the combine, and 2018 Heisman Trophy winner Kyler Murray from the University of Oklahoma, are expected to be the top two QBs chosen.

There is a faction of Giants fans and analysts who are opposed to the team drafting a quarterback with the No. 6 pick they currently hold and having him back up Manning for perhaps the entire season. Like the Jets did with Sam Darnold, the third pick in last year’s draft who they inserted as the starter from the first regular season game, many want to see the Giants immediately start their new QB if one is picked, believing it is the most prudent path to transitioning from Manning.

Conversely, Gettleman theorizes there is no immutable paradigm.

“Well, it’s a never-ending process,” he said last Wednesday in Indianapolis at the Combine. “… I had my conversation with Eli back right after the season ended and we are where we are. Like Pat [Shurmur] said, there’s a million different models, there’s a million different ways to do this and you could cite a number of models where they had a veteran guy and they drafted a young guy, and at some point in time, the torch got passed… So, there’s still a lot of time to make these decisions.”

Decisions that will have significant short- and long-term ramifications.