‘Captain Marvel’ brings us the powerful and beautiful Vers 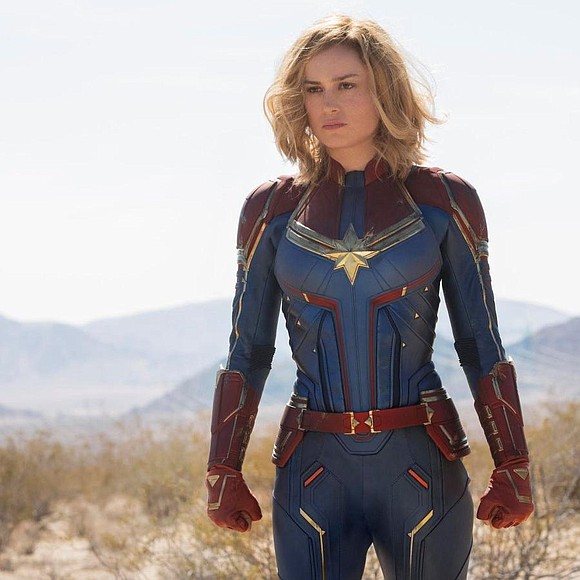 The Marvel universe is back and giving more goodies to the fans. This time actress Brie Larson makes the screen pop in “Captain Marvel” as the Kree warrior, known as Vers (pronounced veers), whose deadly martial art moves include the ability to deliver high-energy photon blasts. Vers is skilled and brings her intent to the big fight, standing strong against the ruthless gang of Skrulls, like a bona fide Marvel “boss.”

Vers isn’t originally from earth (referred to in the film as Planet C-53), but she still has memories of life on the planet, long ago, and is unsure if these vivid memories are imagined or simply suppressed.

The basic core of the “Captain Marvel” film is another re-examination of identity, a consistent theme inside the Marvel universe. Vers is learning her identity by understanding her powers and working out who she is, and her real mission.

She’s pretty convinced that she’s a Kree, and absolutely nothing like their ruler, Yon-Rogg (Jude Law) who’s her mentor. In this universe, the Kree are tough, for sure, but they are the good guys!

It’s the deadly Skrulls that make all the trouble, scary enough with their green skin, lizard-like features, elfin-ears and their ability to shape-shift. This unruly group is lead by Taros (Ben Mendelsohn), whose ability to morph into anyone, makes him all the more deadly.

When Vers gets caught up with shifting loyalties, she takes a deep dive into questioning the core of who she is, and that’s where Larson’s natural skill, as an actress, really takes flight. It’s needed because her character discovers that everything she was taught is wrong, and she must learn how to fight and win in a brand-new way.

An interesting note, “Captain Marvel” is only the second Hollywood movie to feature a female superhero at its core. Is Vers dreaming? Is she caught inside a deadly maze? Can she figure it all-out in time and also find herself?

“Captain Marvel” is directed and co-written by Anna Boden and Ryan Fleck and the movie is set in 1995, when S.H.I.E.L.D. was just starting and Nick Fury (played by a digitally de-aged Samuel L. Jackson) was younger and full of promise. The nostalgia flavor is interesting, fun, giving this film a more honest tone and here we learn more of the source of Vers’ power. Like many superheroes, it was an accident that made her powerful.

Vers and her superior officer, Lawson (Annette Bening), crash land in a desert, where she is confronted by a powerful and ruthless alien force who blow up the energy core that was Lawson’s experimental light-speed project—it’s that accident that gives Vers her powers. There is more but it’s important (I think) not to veer into spoiler territory.

You will thank me later, because this prequel has a sturdy gaze, forward.