Dems have the chance to pass a comprehensive immigration reform bill—but will they? 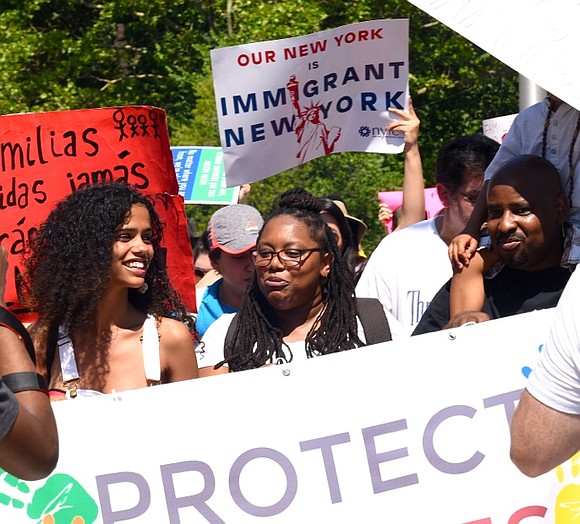 Many Democratic candidates, who won election in November to help the Party take back the House, ran on the hot button issue of immigration reform.

At the height of increased reporting of children being separated, dragged away from their parents and caged by the Trump administration at the Southern border, many Democrats were quick to ramp up the rhetoric against such vile abuse of the human rights of these migrants.

But now that the Democrats have the House in place there is little focus it seems on a comprehensive immigration reform bill that would allow for the change of archaic policies currently on the books.

Instead, on March 12, Rep. Lucille Roybal-Allard, (D-Calif.) was set to reintroduce the DREAM Act as the Dream and Promise Act of 2019 or (H.R. 6). The goal is to protect Dreamers, or young people brought to the United States without legal status as children by their parents, and those immigrants under Temporary Protected Status and Deferred Departure status, from deportation while providing a path to citizenship.

While this is a good starting point, this only takes care of a small segment of people living in the country. What about the millions of immigrants, aka the “undocumented,” who are without status and have no line to get in to or path to any form of legalization?

Democrats have no excuse now as they control the House. Sure the bill can be killed in the Senate, but the fact is that ahead of the presidential and general elections of 2020, immigrant voters want to see more solid action from Democrats on immigration reform and not simply the continuation of decades of lip flapping.

What is needed is the reintroduction and updating of the Comprehensive Immigration Reform Act of 2007. This updated measure should include:

These are just eight key points that Democrats can tackle and with which bipartisan support could be received to pass a Comprehensive Immigration Reform bill to match the current needs of 2019 in these United States. A piecemeal approach is ludicrous. Let’s get to work!

The writer is CMO at Hard Beat Communications, Inc. which, owns the brands NewsAmericasNow, CaribPRWire and InvestCaribbeanNow.