Sporty sojourns for the whole family 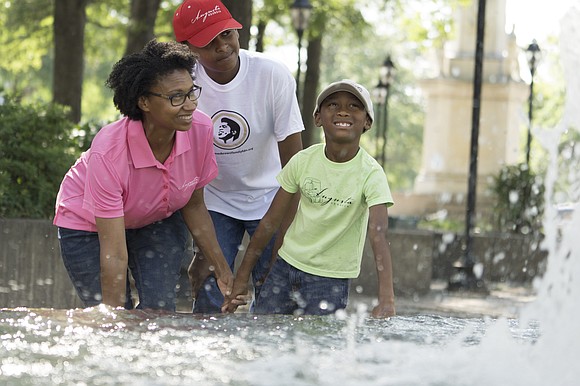 Sports-theme vacations are more popular than ever. Why not get your game on? Or if you’re more of a spectator than a participant, no worries, there’s plenty for the sports enthusiast who favors the view from courtside, the stands, or just likes to be immersed in the culture. Here’s where to go to break a sweat or just cheerlead.

Tennis superstar Rafa Nadal just opened the Rafa Nadal Tennis Centre at TRS Coral Hotel and Grand Palladium Costa Mujeres Resort & Spa. While he will teach tennis when time permits, you can count on the expertise of tennis pros trained at the Rafa Nadal Academy by Movistar in Mallorca, Spain to help take your game to the next level, whether you’re a beginner or think you know your way around the court. There is an extensive selection of coaching and training programs, with variations suitable for adults, teenagers, children as young as five years old, and different lengths, including private classes, a three-day tennis workshop and a one-week campus, among other options. In addition to eight clay courts, the center is home to a soccer field for teams of seven, paddle tennis court, gym, sports café and museum exhibiting Nadal’s trophies and sports equipment. Wind down after your tennis adventure at Zentropia, the more than 51,000 square foot spa at the Grand Palladium that offers an array of treatments, hot and cold hydro massage baths, waterfalls, saunas and an ice room.

Tiger Woods rocked the Masters Tournament more than a few times. Make like Tiger and check out golf country. Catch the golf exhibit at the Augusta Museum of History that highlights golf heavyweights like Tiger, and all manner of golf history, or do cool things like taking a flight over Augusta National, one of the most famous golf courses in the world. Then there are the golf course tours of the city, disc golf and more that extends across the Savannah River to North Augusta. Play a round of golf at Forest Hills Golf Club, Gordon Lakes Golf Club or any of the numerous public and private courses. If you’re game, go for disc golf. With three courses at the Professional Disc Golf Association headquarters and four courses at The Hippodrome or single courses at Lake Olmstead Park, Pendelton King Park and Riverview Park there are plenty of places to take family and friends to task to see who’s number one.

Indulge your yogi at Pure Vida House. Practice yoga daily to hit the Zen zone. Better still, do it in the environs of a tropical dry forest and the Pacific Ocean. Fancy yoga in an air-conditioned studio with panoramic views of the Pacific, on the beach, poolside at the villa? Take your pick. Forget mega classes, think small group. Enjoy meditation, gourmet organic food, spa services and two full service spas.

With a name like Wrigleyville you know baseball is somewhere in the mix. So it is at Wrigleyville, a neighborhood near Wrigley Field home to the Chicago Cubs. It’s all about inside baseball with the Wrigley Field Tour. You can walk the grounds, check out the press box and talk about field of dreams, hit the field and clubhouses. The Wrigley hood is ever so happening hours before and after the games. The hotspot is the intersection of Clark and Addison Streets, eating, drinking and making merriment. Near the stadium you’ll find Murphy’s Bleachers, Sports Corner Bar & Grill, Casey Morans and Sluggers with its batting cage, skeeball, arcade games and more. Even where you crash at night pays homage to the American pastime. Take Hotel Zachary at Gallagher Way, inspired by the designs of Wrigley Field architect Zachary Taylor Davis. Other options include The Wheelhouse Hotel across the street from the stadium and for the pocket-conscious, the Wrigley Hostel.

The Best of Vermont Bike tour showcases the stuff that makes for much of the buzz about the Green Mountain State. Great Freedom Adventures’ six-day Vermont bike tour includes hipster haunt Burlington, Vermont’s largest and liveliest city, the shores Lake Champlain, Champlain Valley, the Green Mountain National Forest, remote wildlife refuges and rural farm landscapes. Overnights are spent in four historic and fun locales—Burlington, Waitsfield-Warren, Norwich and Woodstock. You’ll sample some of the state’s finest inns and restaurants noted for their locally sourced foods and creative chefs. During the tour, you’ll not only bike, but hike and make stops at a brewery, cheese factory, museum and more.

Typically the first week of September the sports throw down is at Barcelo Bavaro Grand Resorts’ jam-packed weeklong event full of fun and feisty competition. Choose your arena to show off, tennis tournaments, kayaking competitions, golf and bowling tournaments, soccer games, beach volleyball matches, swim races at the Semi-Olympic swimming pool, and a softball game between guests and the resort’s staff. Put your game face on!

Buenos Aires’ famed Abierto de Polo occurs every November through mid-December and is held in the Campo Argentino de Polo in the city’s Palermo neighborhood. The Open is one of Buenos Aires’ most anticipated periods. Be seen and see—celebrities, royals and everybody in between. Hotels throughout Buenos Aires offer special Polo season packages, with tickets included in room purchases. You can also get tickets in a range of prices from about $12 - $40 and up. On and off the field, there are plenty of ways to do polo like a porteño, as the locals are known, whether catching a match or sipping a polo-themed drink in an equestrian bar. If you want to experience the game, you can opt for a polo experience at a polo club or on an estancia, where you can become a player for the day. In the stunning surroundings of the Argentine countryside travelers head over to Puesto Viejo Estancia, which offers Polo Days all year long. Learn more about the game, enjoy two lessons with a professional instructor and watch polo club members play a hard-fought match.