Missing Black girls and the individuals and organizations trying to help 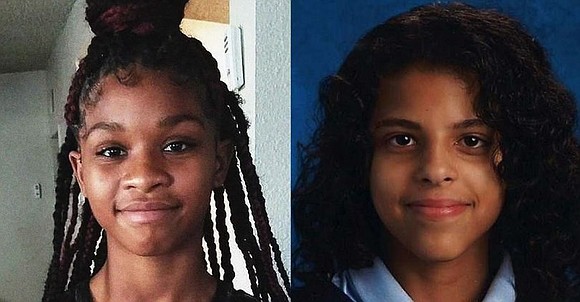 Have you seen Iniaya Wilson?

Just 14, Iniaya has been missing from her Columbus, Ohio home since January 25.

Have you seen Skylar Mannie?

From Lancaster, Calif., Skylar is also Black and just 13 years old. She was last seen on Feb. 14.

The two are among the estimated 64,000 Black girls and women across the United States that have gone missing. Iniaya and Skylar are also among an unfortunately growing number of young people listed in the “critically missing” section of the expansive database of the National Center for Missing & Exploited Children.

That includes girls and women of all backgrounds, an important distinction because of the lack of media coverage of African Americans who’ve gone missing.

That has spurred activists and some in Congress to action.

In efforts to address the problem of missing Black children nationwide, Reps. Bonnie Watson Coleman (D-N.J.), Robin Kelly (D-Ill.), and Yvette D. Clarke (D-NY) initiated the Congressional Caucus on Black Women and Girls in 2016. Through the caucus, they hope to create public policies that “eliminate significant barriers and disparities experienced by black women.”

According to BlackNews.com, members of the caucus believe that more federal assistance and collaboration is needed to further eliminate the problem.

“I feel like knocking on every attic, every garage to see where those girls are,” House Majority Leader Nancy Pelosi said. “Let’s be an example to the world that we can’t rest until these girls are found.”

Further, the nonprofit Black and Missing But Not Forgotten, also has focused its attention on spotlighting and finding missing African Americans.

Since 2007, the organization has sought to develop relationships with media, government agencies and the public to ensure that missing African Americans receive prompt attention and concern to garner the best possible outcomes for each case.

The report revealed that missing Black youth – especially Black girls – are underreported in the news and it seems that many people don’t even care.

The National Center for Missing and Exploited Children said that in 2018 alone, there were 424,066 reports of missing children made to law enforcement around the country.

John and Revé Walsh and other child advocates founded the National Center for Missing & Exploited Children as a private, non-profit organization to serve as the national clearinghouse and to provide a coordinated, national response to problems relating to missing and exploited children.

Walsh, who formerly hosted “America’s Most Wanted,” now does similar work with his show, “In Pursuit.”

The show, which airs on the Investigation Discovery network, has remained relentless in its pursuit of missing children.