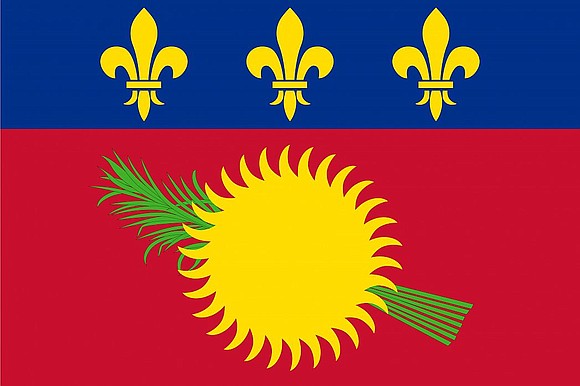 In recent years, the 15-nation Caribbean Community has tried to implement a decades-old mandate and mantra to both deepen and widen the regional integration movement by reaching out to countries in the wider Caribbean like the Dominican Republic, French Guiana and the Dutch Antilles.

In the past week, French-speaking Guadeloupe was accepted as a member of the Organization of Eastern Caribbean States (OECS) as an associate member, expanding the number of countries in the bloc’s main sub grouping to 11.

Some of the more militant Afro-centered groups in both Guadeloupe, Martinique and French Guiana, for example, have reached out to Caricom, exploring ways of cooperating with their largely English-speaking neighbors and complaining about institutionalized racism, the suppression of any efforts to win independence or to improve the level of self governance in these French colonies.

Associate membership would mean that Guadeloupe will not, however, be allowed to become a member of the Eastern Caribbean Central Bank (ECCB) or the Eastern Caribbean Supreme Court as these are reserved for countries with full membership. The OECS is the main sub grouping of the wider Caricom family and caters to the smaller tourist islands like Grenada, St. Lucia and Dominica. Dominica incidentally is located between Guadeloupe and Martinique and had about 18 years ago offered itself up to become a part of France.

Gaston Browne, the prime minister of Antigua, one of the OECS’s more influential members, says that the decision to allow Guadeloupe to become a family member was an almost natural one as they share a colonial past, many cultural similarities and a common history in areas like slavery.

“This means well for us. We have had a common history, a history of colonialism and slavery and we have similar cultures and we have even had cultural exchanges over the decades. We have commenced discussion about having a ferry service between Antigua and Guadeloupe to see how we can have a cooperation agreement that will facilitate greater movement of people and at the same time to increase trade between both our countries,” Browne told POINT FM radio over the weekend.

Guadeloupe’s membership, coming after that of sister French colony Martinique, now means that the OECS has moved to 11 members from nine and it also comes just weeks after leaders in the wider Caricom grouping discussed future stronger participation from the Dutch Antillean countries of Curacao, St. Maarten and Aruba. All three have signaled an interest in becoming associate members, without full voting rights.

The final communiqué of last month’s mid term summit in St. Kitts, for example, did indicate that governments had “mandated the secretary-general to continue negotiations with those countries, with a view to making appropriate recommendations at the next meeting of conference” in July.

Afro groups in all those countries have complained about having nowhere to turn to in times of troubles, particularly when they agitate for independence or to roll back major but controversial policy changes coming from France or The Netherlands. They often seek solidarity and support from neighbors in the English Caribbean and are now moving to become even close through associate membership.

Caricom, meanwhile, moved from an exclusive club of former British colonies back in 1995 when it allowed Dutch-speaking Suriname to become a full member and later brought in Haiti in 2002. The Dominican Republic had also applied but its efforts were justifiably dismissed over its treatment and level of racism meted out to neighboring Haitians.