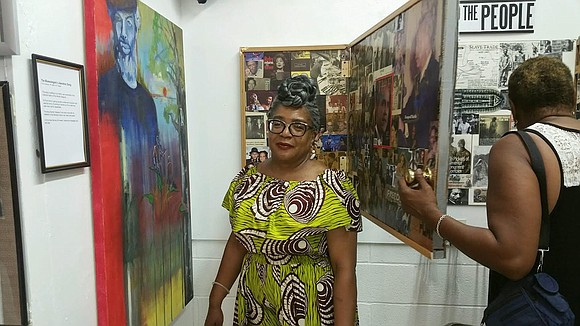 In honor of the famed Egyptian architect and world’s first doctor, Imhotep, the African-American Association of Co-op City & Black Vegfest will be hosting their 15th annual Wholistic Health & Wellness Fair Saturday, April 13. At the event, there will be entertainment, demonstrations, informative speakers and a film viewing of Robert Kenner, “Food, Inc.”

“We hope people to inspire people to live a healthier lifestyle,” said Deborah C. Nelson, the three-time elected vice president of the African-American Association of Co-op City. “There are too many people dying prematurely because they lack the resources and the education for better living.”

Deborah Nelson has been a member of the African-American Association of Co-op City for more than 20 years. The organization headquarters is in the Bronx where they mainly focus on educating and hosting cultural and wellness events in their communities.

“I have always had a passion to help my community in any way that I can. I am truly a believer that if we were to be more focused on building our communities and ourselves, we would be in such a better place.  I do consider myself an international activist.  A person who doesn’t just want a change in their community, but in other countries as well.”

Nelson continues, “For the younger generations, my advice to you is to use what’s around you and get involved. It doesn’t matter if its school, church or a mosque, if you are able to use your voice in these settings for the spirit of activism—then do so. Being an activist doesn’t always mean rallies and yelling, because not everyone is built like that, nor has the time. But doing nothing is problematic because it means you are not contributing to the social change.”

Nelson was born and raised in Harlem, New York. She graduated from Malcom King Junior College with a Liberal Arts Degree. She says this is the only Black institute in Harlem that offers liberal arts courses to students who are mainly working adults. She also says she is a “sacred woman” and graduated from the Queen Afua 12-week program. “During my time at the Malcom King Junior College, I learned a lot about myself and my ancestors’ culture. My professors would take us on trips to see the different countries in Africa and get a first-person experience of life in Africa.”

Nelson attended Howard University for a semester but decided to return back to New York after finding it to be too much. Nelson transferred to John Jay College and started to work at Harlem Hospital. While she worked at the hospital she was a manager, as an administrator and nurses aid. “During my time at the hospital, it did scare me to see how gentrified [Harlem] became. Doctors are so quick to prescribe patients drug without educating and informing them what their other options are. That’s why it is important to do research and look for different resources!”

Nelson continued, “I grew up in a household where my mother was a nurse, my grandmother was a nurse’s aide and my father was an entrepreneur. Their career paths somewhat had an impression on me because I always was interested in health care and advising people. Although, I am not a nurse or a doctor, I do have knowledge of what healthy living is.”

This Saturday, the African-American Association of Co-op City and the Riverbay Fund, Inc. will be also hosting their sixth annual spelling bee for children who are in the 4th-8th grades. This event will take place at the Dreiser Community Center in Bronx, NY.