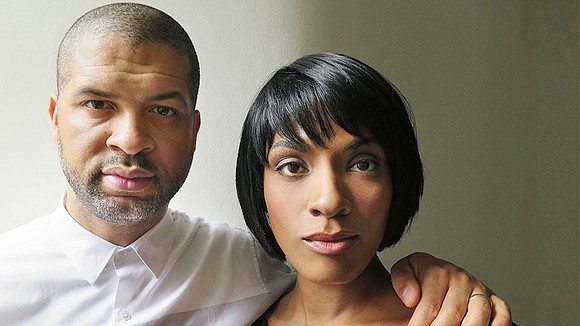 To carry on the legacy of his former band mate, Sonny Fortune, the trumpeter Kamau Adilifu Quartet will present a concert in his honor March 22 at 7:30 p.m. at The Leonard Nimoy Thalia at Symphony Space (West 97th Street & Broadway, Manhattan).

The concert is inspired, in large part, by the recent passing of saxophonist Sonny Fortune (10/25/18). Adilifu was a member of Fortune’s first quintet in the early 1970s. They were closely associated for about a decade with Adilifu appearing on a number of the saxophonist’s album recordings. Fortune also appeared on Adilifu’s maiden voyage album as a leader. He last performed as part of Fortune’s band in 2013, at the NYC jazz club Smoke.

“I consider my association with Sonny to be the most important of my career and the loss of such a good friend and longtime colleague has been monumental,” stated Adilifu. “This concert is dedicated to that association and the memory of the man.”

However, the program will not include songs directly associated with Fortune. The intention will be to replicate the style and passion that distinguished the music played by Fortune’s quintet when Adilifu contributed to the groove. It was a style characterized by intensity, spirituality, musical mastery, and a strong sense of swing.

When it came to playing alto saxophone Sonny Fortune was one of the best. Although he was efficient on the tenor, baritone and clarinet, he found love and a relentless proficiency in playing alto, soprano and flute. A year or two before his passing he shared with me his contentment with finally being at one with his flute. His comment was somewhat ironic for me since his flute interpretation of “Invitation” (Invitation, WhyNot 2000) was one of the best versions ever recorded but Fortune was a perfectionist like his guru John Coltrane.

Despite Fortune’s tenacity and undisputed talent, he never received the accolades or club dates he deserved while living as a true legend although many testaments followed upon his death.

“I don’t believe enough was said about Sonny in remembrance and I hope my concert does a little bit towards rectifying that,” said Adilifu.

While the Red Baron and his ship of fools are battling for a wall of division and hate, Carnegie Hall is in the midst of their citywide festival “Migrations: The Making of America” which traces how large-scale movements of people—both to and within our country—have helped shape American arts, culture and society. It is Carnegie Hall's largest festival with over 100 New York City events.

The festival events examine the musical legacies of three migrations: the crossings from Scotland and Ireland during the 18th and 19th centuries; the immigration of Jews from Russia and Eastern Europe between 1881 and the National Origins Act of 1924; and the Great Migration exodus of African-Americans from the U.S. South to the industrialized cities of the Northeast, Midwest, and West from 1917 into the 1970s. With performances of bluegrass, old-time, klezmer, Yiddish musical theater, blues and jazz. Carnegie Hall celebrates the American musical traditions that flourished as a result of these migrations.

On March 30 at 8 p.m. at Stern Auditorium in Carnegie Hall, Jason Moran and Alicia Hall Moran will connect the dots of Black music through their show “Two Wings: The Music of Black America in Migration” by exploring a continuum of music from R&B to gospel, classical to Broadway, work songs to rock 'n' roll, as well as drawing on their own family lore and others’ stories.

Alicia Moran, a noted mezzo-soprano is known for her blend of classical music and soul while pianist and composer Jason is known for consistently blurring the lines of jazz out and in.

On April 13 the festival features the vocalist Deva Mahal, the daughter of legendary bluesman Taj Mahal in Carnegie Hall’s Zankel Hall at 10 p.m.

“When you are bullied and treated like you don’t belong, or faced with great adversity at a young age,” says Deva. “You learn ways to cope. Music gave me an outlet to express the pain of those experiences and the strength to challenge racial, physical and gender stereotypes.”

On March 21 in celebration of Women’s History Month music and arts Lady Got Chops will present its international gala “Global Harmony: A Woman’s Perspective” concert and panel at Flushing Town Hall (137-35 Northern Blvd. in Flushing, Queens) at 7:30 p.m.

Some of the musicians to be featured by this nonprofit organization founded by bassist Kim Clarke will include: vocalists Vanessa Rubin and Lucy Bianco, pianists Bertha Hope and Yavoi Ikawa, trumpeter Edwina Thorne, percussionist Annette Aguilar, storyteller Matoaka Little Eagle-storyteller, and the emcee Kim Weston-Moran.

He has composed music for the documentary films “From Mambo to Hip Hop: A South Bronx Tale” (2007) and “Some Girls” (2017). Sanabria has performed and recorded three CD’s (two of which were Grammy nominated) with the acknowledged creator of Afro-Cuban jazz Mario Bauzá, as well as a prestigious list of musicians too many to list here, but some include Dizzy Gillespie, Tito Puente, Mongo Santamaría (with whom he started his career), Paquito D'Rivera, Candido, Ray Barretto, Charles Tolliver, Henry Threadgill, Larry Harlow and Celia Cruz.

“I’m honored and privileged that WBGO asked me to be the new host of the Latin Jazz Cruise. Awilda is a legend in jazz radio and as its host she has mightily been our advocate for the last 26 years. What she and the previous two hosts, Alfredo Cruz and Chico Mendoza have done is set a standard that I hope to equal but never can be surpassed,” said Sanabria. “People have asked me what the future of jazz is and I’ve always stated that it’s in Latin America where for the last 40 years jazz has been fervently studied by a new generation of players. I’ll be exposing the fruition of that movement on the show.”

The pianist and singer Johnny O’Neal received standing ovations and loud whistles during his sold-out three-day engagement at Dizzy’s Club Coca Cola celebrating Nat King Cole’s centennial (his birthday was March 17). O’Neal and his trio—guitarist Ilya Lushtak, bassist Mark Lewandowski and drummer Itay Morchi—dressed in tuxedos for the big celebration which took off with “Baby Won’t You Please Come Home,” to Stevie Wonder’s “Overjoyed” and Cole’s classics “Straighten Up and Fly Right” and “Unforgettable” included his guest vocalist Daralyn Jay.

O’Neal is the consummate performer with humor and saloon style that holds you in the groove and scats that have a swinging kick. His phrasing and timing is undeniable, his touch is uniquely intuitive by far one of the best pianists of our time. He is that go-to pianist/singer who has played every late-night session from Smoke Jazz & Supper club on the Upper Westside to Small’s in the West Village. He is a crowd pleaser who rates top bookings and festival gigs.