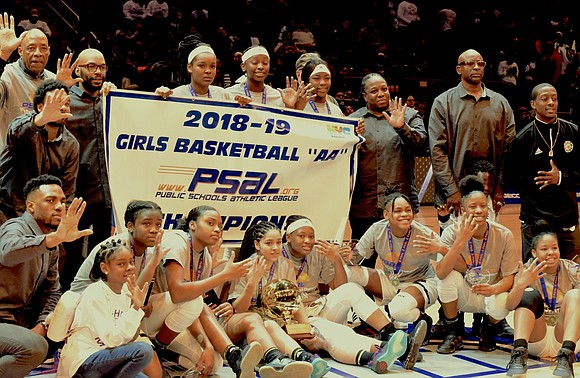 The South Shore Lady Vikings coached by Anwar Gladden, defeated the Harry S. Truman Lady Mustangs (Bronx) 42-to-37 in the first game, and the Vikings, coached by Pat Trani, defeated Thomas Jefferson, the Orange Wave, also from Brooklyn, 71-70, in a game that Jefferson came narrowly close to winning.

Down by 9 points at the start of the fourth quarter, 56-47, Jefferson fought back outscoring South Shore 23-to-15, but it wasn’t enough for the win.

“We shot horribly from the free throw line,” said Jefferson assistant coach Kenny Pretlow, all while commending the team’s fight and effort until the end. “It was just so close, but yet so far.”

Receiving MVP honors for the Vikings was Kadary Richmond who dropped 23 points with 8 rebounds.

Jefferson was led by the scoring of Kareem Welch’s double-double, 27 points, 11 rebounds, and the 23 points contributed by Jaquan Carlos.