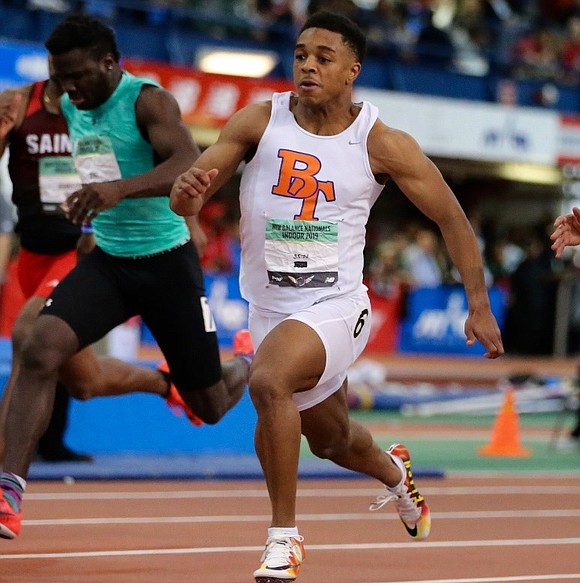 Roisin Willis and Micah Williams were among the outstanding performers at the New Balance Nationals Indoors.

The 2019 New Balance Nationals Indoors held at The Armory in Washington Heights from March 8 to March 10 provided track and field fans with a glimpse of the sports’ future stars. Names such as Sam Affolder, Micah Williams, Roisin Willis and Athing Mu will ring loudly.

Williams, a junior from Portland, Oregon, ran 6.60 in the boys’ 60-meters, recording the third fastest high school time ever and just 0.03 seconds off the national and meet record. Maybe the most shocking result of the Nationals Indoors was the freshman Willis overtaking Mu in the closing meters of the girls’ 800 and claiming the title in 2:05.70.

Coming into the race, many considered Mu unbeatable as the 16-year-old from Trenton, New Jersey and the Nationals Indoors 800-meters defending champion was fresh off setting an American record in the 600-meters with a time of 1:23.57 at the USATF Indoor Championships on Staten Island late last month.

However, Willis, from Stevens Point, Wisconsin, showed she was not intimidated and at 2:06.48. clocked the fastest freshman time in U.S. history.