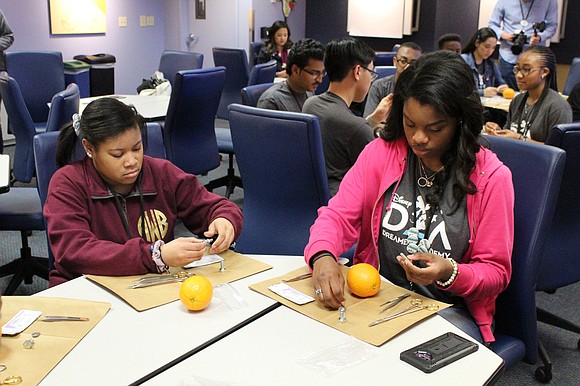 ORLANDO, Fla. - Youth listened to inspirational speakers and got the chance to experience their future careers on the second day of the Disney Dreamers Academy with Steve Harvey and ESSENCE Magazine on Friday.

The theme for the day was “BE 100: Be the Hero of Your Own Story.” Along with hearing inspirational speeches, Dreamers participated in hands-on workshops in various career fields around Walt Disney World.

Speaking at a press conference, Harvey said after 12 years of doing the Dreamers Academy, the program is still going strong and changing the lives of youth.

“What really inspires me is when I meet these kids,” he said. “We’ve been at this thing for 12 years now. We’re trying to figure out how we can do it bigger. When you have something that’s successful all you can do is scale it up.”

The Dreamers attended the “Be 100 Breakfast” program in the morning where they learned valuable skills about networking and leadership. 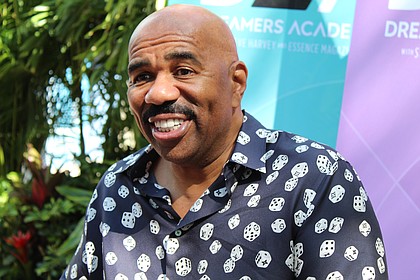 In the afternoon the Dreamers participated in “Deep Dives” at Disney University and throughout the Disney Park. Dreamers were given a more personalized experience in small groups based on their career interests.

Andrew Coates, 18, is attending the Dreamers Academy from Orange, N.J. and participated in a Deep Dive to learn more about pursuing a career in acting.

“So far my experience here has been nothing short of phenomenal,” he said. “Everything that has happened here so far has been quite amazing. And just as they promised, My dreams have really come true already. I’ve met so many wonderful people.”

The day ended with a dinner where the Dreamers heard from Taylor, Parker and Chef Jeff Henderson.

On Saturday, the Dreamers are splitting up into male and female groups to participate in sessions about image awareness.

Dreamers will showcase what they learned and created during their “Deep Dives” in the evening.