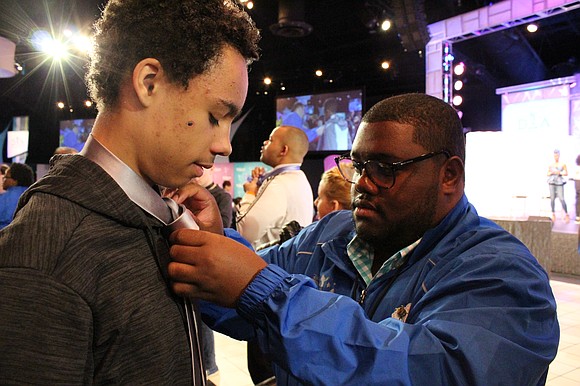 ORLANDO, Fla. - Teens learned about the value of self-image along with showcasing what they’ve learned on the third day of the Disney Dreamers Academy with Steve Harvey and ESSENCE Magazine at Walt Disney World on Saturday.

The theme for the day was “ Be 100% YOURSELF. BETTER STARTS NOW. Be ON PURPOSE” focusing on the work they need to do to make their dreams come true

Dreamers were taught how to present themselves and make good impressions. Boys and girls were split up into separate groups with Steve Harvey’s daughters, Brandi and Carli, working with the girls and speaker and image authority Dr. Alex Ellis and motivational speaker Johnathan Sprinkles working with the boys.

Students also got a chance to hear more inspiring words from those who have been there before them. Renowned educator Dr. Steve Perry, founder and principal of Capital Preparatory Magnet School in Hartford, Conn., showed the Dreamers how to apply the skills they’re learning at the Academy in the real world.

During the day, parents of the Dreamers had a session where they heard from Sonia Jackson Myles, founder and author of The Sister Accord, and Mike Muse. 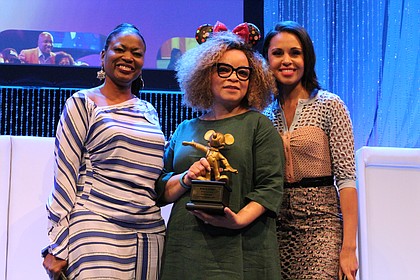 Jackson is best known for his role as Aaron on the Freeform show Grow-ish. He said he was inspired by the students' stories and was glad to help out.

“You hear the summary about what the Dreamers do but being here and experiencing has completely changed my perception,” he said. “ I definitely want to be part of it next year.

In the evening the teens showcased what they learned during their “Deep Dive” sessions on Friday at the “Dreamer Career Open Mouse” exhibit. Dreamers gathered at various stations to explain their career paths and how they plan to make their dreams reality.

The Dreamers Academy comes to a close on Sunday with a commencement ceremony. The students will reflect on what they’ve learned over the weekend before bidding one final farewell and going home