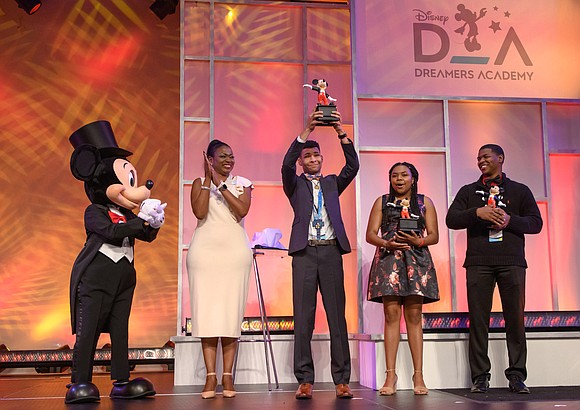 ORLAND, Fla - Teens bid an emotional farewell at the commencement ceremony on the final day of the Disney Dreamers Academy with Steve Harvey and Essence Magazine at Walt Disney World on Sunday.

Harvey said that he was proud of the students and their work over the weekend and told them that while their dream weekend is over, they must continue working when they return home.

“My hope is these Disney Dreamers realize there are no limits to what they can achieve,” said Harvey. “All the amazing people they had the chance to hear from this weekend had to start somewhere, and I am excited to see where the dreams of these 100 students take them. That is why I enjoy partnering with Disney on this program every year.”

Several Dreamers won awards based on votes by their peers who attended the program. "Superstar Awards" were given to five teens based on the principles they learned. 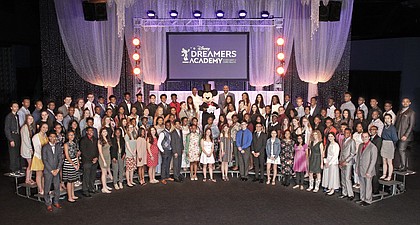 The Courage Award was given to Devan Smith from Marietta, Ga, and the Leadership Award was given to Jasmine Bell from Charlotte, N.C. The Dreamer of the Year Award was given to Anthony Juba-Richardson from Winter Garden, Fla., who is interested in pursuing a music career. He was also awarded the opportunity to travel to Hollywood to record a song with singer/songwriter Ne-Yo.

Avaneque Pennent, 16, from Queens was granted an internship this summer at the Essence Music Festival. A junior at York Early College Academy, she has aspirations to become a civil rights lawyer.

At Sunday's commencement ceremony, motivational speakers and mentors gave their final words of advice to the Dreamers before going home. The teens were encouraged to take what they learned and share it with their peers.

The ceremony ended with the parents giving the Dreamers rings as a symbol of their achievement and their pledge to strive for greatness.

The Disney Dreamers Academy is a once-in-a-lifetime educational and mentoring program for a select group of 100 high school students. The students were selected from more than 10,000 applicants nationwide.

Along with a parent or guardian, each teen received an all-expense-paid trip to Walt Disney World Resort, where they learned important networking skills and participated in hands-on career workshops.

Applications are now open for the 2020 Disney Dreamers Academy for students between 13 and 19 . Go to www.disneydreamersacademy.com for more information.