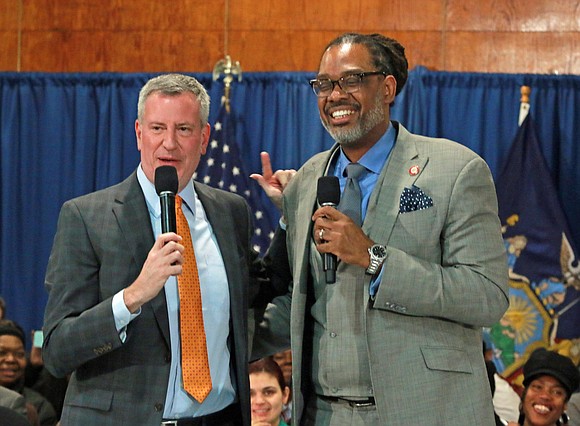 Cornegy received the honor from Guinness World Records officials during a ceremony on Wednesday in the Blue Room at City Hall. Mayor Bill de Blasio was on hand to introduce the Council Member.

Elected in 2013, Cornegy represents District 36 covering Brooklyn's Bedford-Stuyvesant and Northern Crown Heights neighborhoods. He sponsored the Kalief Browder Bill in 2014 calling for the Department of Corrections to provide vocational and educational programming, therapy and services to those detained or incarcerated on Rikers Island for longer than 10 days.