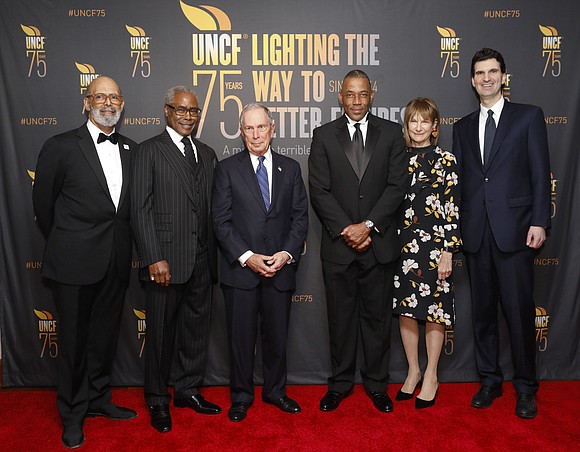 Edward Lewis, co-founder of Essence magazine, served as honorary co-chair, during which Bloomberg accepted the UNCF Lifetime Achievement Award for being a long-time advocate of UNCF. The UNCF Shirley Chisholm Award was presented to CUNY Trustee Dr. Una S.T. Clarke by her daughter, U.S. Rep Yvette Clark (D-NY). For its continuous support over the years, Delta Air Lines was honored with the UNCF Corporate Partner Award.

“There are millions of Americans who, over 75 years, have invested in UNCF and better futures for our students, and through that success, for all of us,” said Dr. Michael L. Lomax, president and CEO of UNCF. “Tonight, we raised the resources our HBCUs need to do their invaluable work. Tonight, we fund scholarships that narrow the gap between college costs and family resources. And together, we change the narrative of our HBCUs, which help strengthen and elevate a new generation of young, black and gifted students.”