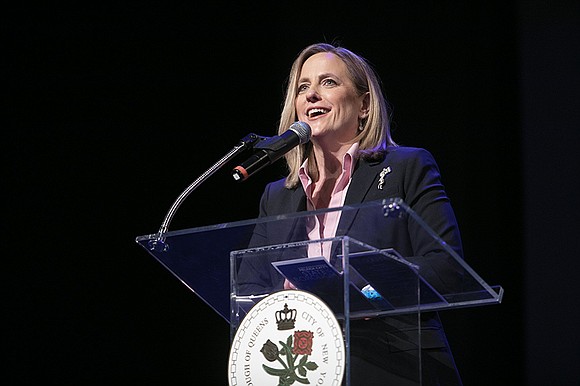 “32BJ is proud to join the diverse base of local elected officials, other labor unions and community groups throughout Queens in our endorsement of Melinda Katz in her campaign for district attorney,” said Figueroa in a statement. “Not only does Borough President Katz deeply understand the kinds of economic and safety risks workers in Queens face every day, she has made workers’ rights a key part of her campaign and created a detailed agenda to get justice for these workers as district attorney. Her plan to protect Queens residents from wage theft, unsafe workplaces, and hostile work environments will make New York a better, safer place for working families.”

Earlier this year, Richard Brown announced his retirement after nearly 30 years on the job and selected John Ryan, his chief executive assistant, to be his replacement until a new DA is elected in November.

In a statement, Katz thanked 32BJ for their support and said she’d continue to work on behalf of the marginalized.

“32BJ has done a fantastic job standing up for workers across the country,” stated Katz. “Their fights to raise the minimum wage, protect immigrants from ICE, and win better working conditions have made a difference in the lives of thousands of people. The Queens district attorney should be an ally to working people in these fights, and I’m proud to have 32BJ’s support.”