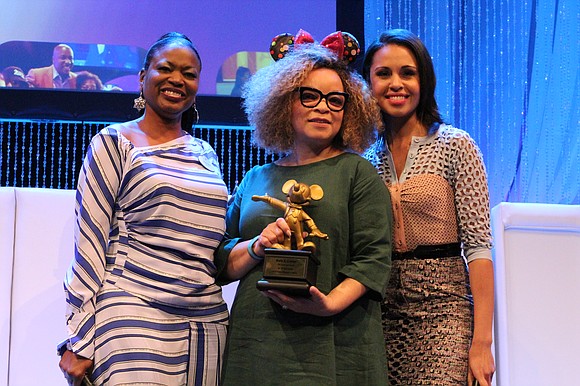 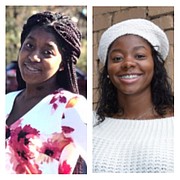 Adjo E. and Laney B.

Adjo E., 16, from Germantown, MD, and Laney B., 16, from Woodstock, GA, were among the 100 students selected to participate in the 2019 Disney Dreamers Academy. They interviewed Academy Award-winning costume designer Ruth Carter for a journalism project at the event.

For her groundbreaking work in Black Panther, Ruth E. Carter became the first African American to win an Academy Award for costume designing. She spoke to the Dreamers during Chef Jeff’s Family Style dinner for a roundtable

Q: Spike Lee has been a champion for you, what is the significance of having an advocate?

A: Spike Lee is definitely a champion. I was living in California and working in the theater. Anything I could design something for, even if it was for very little money, I was doing it. Spike saw me one day, and he said, “Here is how you get to be a costume designer for film. Go to USC. Go to UCLA. Sign up for their senior pieces project. Sign up to be on somebody’s film for one of their senior pieces.” And I did. On the weekends, I was on a film set for a USC student, and I was a costume designer. Then [Spike] called me and asked me to do “School Days.” I went to an HBCU. It was about HBCUs. So it was the perfect first movie for me to do.

Q: How do you overcome the adversity and obstacles in your life?

A: Well, adversity is in our life sometimes. There are things we have to deal with like when I am on a film and someone says, “Don’t put me in bright colors!” So you will have naysayers who will say some things. So you gotta use that thick skin to ignore. People want you to get in a fight. It’s not always a fight. Adversity is sometimes up here [Carter points to her head]. You must weigh if the fight is worth it.

Q: You have an Oscar! What’s next?

A: My career has been rich. I have done 50 movies. That is a lot. Right now I am preparing Coming to America 2. I have stories, even my own personal stories, that I want to see told. The Oscar win allows me to branch out into other areas I have always wanted to do. I have always wanted to do documentaries. I wouldn’t mind directing a documentary. After having eight kids, my mom went back to school when she was 50 and got her degree. There are empowerment stories about girls like you and women like your parents that I would like to follow them around and see what makes them tick—and then to tell the world.