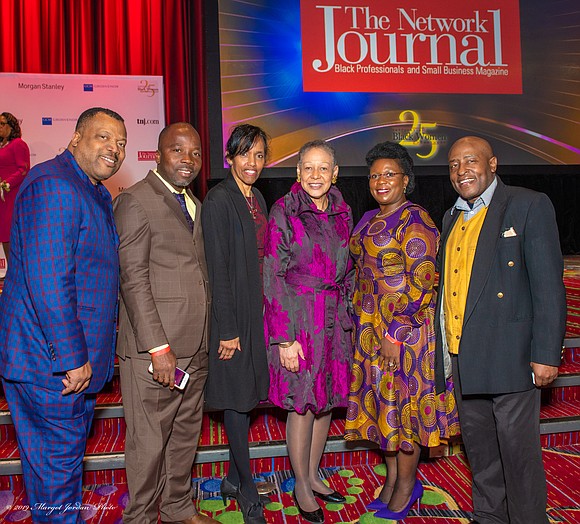 Harlem’s Eboné M. Carrington, chief executive officer of NYC Health and Hospitals in Harlem, was one of the 25 magnificent awardees at the networking reception, lunch and awards presentation.

Speaking to the Amsterdam News, TNJ Publisher and CEO Adetimirin said, “This is an event to celebrate women and their accomplishments. We have to make sure they are recognized to know that what they do in their communities is appreciated as well as encouraging the younger generation to become accomplished.” The annual event attracts a “Who’s Who” of business executives and decision makers from various industries. The 25 Influential Black Women in Business Class of 2019 honorees spanned a wide spectrum, including: Marilyn Monroe Harris, D.Min., vice president, community relations Newark Beth Israel Medical Center and Children’s Hospital of New Jersey; Lynn K. Law, vice president, partnerships and advancement National Urban League; Tatiana Roc, vice president, supervisor enablement National Grid; Teneshia Jackson, Warner CEO Egami Group; Fawn Weaver, president and CEO Uncle Nearest, Inc.; and Patricia A. Winston, R.N. Interim SVP, managing director University Hospital of Brooklyn.

“We hope to always inspire the young people to see what is possible,” Aziz said of the contributors to yet another successful event, “We want them to look and see that with so many great examples, they lead the way to a productive and positive future.”