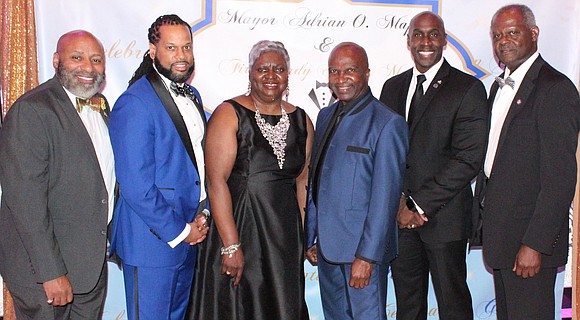 Several state and city elected officials attended the event, including members of the Plainfield City Council and Mackie Holder, consul general for the Barbados Consulate.

Mapp outlined the city’s progress under his leadership and discussed its future. City officials hope to bring more development that would attract more residents to the Central Jersey city and stimulate the local economy.

“Over the past five years, we have accomplished great things,” he said. “We have ushered in a new era of hopefulness and change in the city of Plainfield.”

In his recent State of the City address, Mapp addressed what he calls the “Plainfield renaissance” that includes an economic development strategy, a quality of life task force, and ways to cut down on crime in Plainfield.

The renaissance also includes a $500 million mixed-use development proposal for apartments, stores and a restaurant on the north side of Netherwood Train Station. Mapp said in a recent interview he wants to attract new residents to the city, which has a population of more than 51,000 where Black residents make up half of all residents.

The city is in the middle of its yearlong celebration commemorating 150 years since its incorporation.