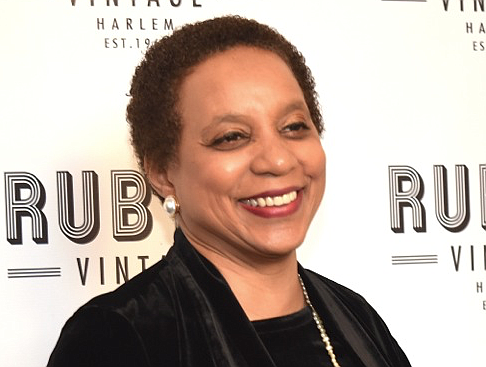 Dr. Hasna Muhammad describes growing up as one of the children of late acting and civil rights legends Ruby Dee and Ossie Davis as “ordinary and extraordinary.”

“We grew up doing things children do like chores and homework,” she said during a recent interview. “We had the opportunity to participate in historical events and be around people who made a difference in the lives of so many others.”

Muhammad is one of Dee and Davis’ three children. Her sister Nora Day and brother Guy Davis were recently at the forefront during the unveiling of a street renamed in their parents’ honor. The northeast corner of 123rd Street and Saint Nicholas Avenue, near the Dwyer Cultural Center, was renamed Ruby Dee Place and Ossie Davis Way.

However, it’s memories like observing her father’s intense emotion while writing Malcolm X’s eulogy and her mother explaining why Emmett Till’s mother wanted an open casket for her son’s funeral that left eternal imprints.

Muhammad is currently a writer and photographer but her background is in education. She served as a public school teacher and administrator where she facilitated initiatives in organization and leadership, curriculum and instruction, and professional development for teachers and administrators.

After her retirement, she became devoted to her passion for the arts through writing and photography. Her various projects include a video short about the 2011 police shooting of unarmed, Black 68-year-old Kenneth Chamberlain Sr. in White Plains. Muhammad did the work while a Fellow at the Schomburg Center for Research in Black Culture in 2018.

Another includes a photographic project during the final months of her late friend who died from ALS. Muhammad also took thousands of photos during the process of moving items out of her parents’ home.

Muhammad is working with the daughters of several Black Civil Rights Movement icons so they can continue the work of their parents.

“We have come together as a sisterhood and we’re shaping how we can share our experiences to be of continued service to the community,” she said.

When speaking about Dee and Davis, Muhammad describes them in one word.

“Compassionate. My mother was fierce and she was fearless when it came to advocating for the people. That’s how she molded us and what she expected us to emulate. Although we did share our parents with the people, we knew why and they told us why it was important,” she said.

Muhammad and her siblings never considered the time her parents spent with others as a burden but rather a blessing. When it came to their acting careers, Muhammad said Dee and Davis instilled the importance of not only having Blacks in front of the camera but also behind it.

“My parents were about filling the ranks behind the scenes of the film industry,” she said. “When my father directed ‘Cotton Comes to Harlem,’ he shut things down because there weren’t enough Black people in the crew.”

Since her parents’ passing, Muhammad continues to embark on the journey of spreading their legacy and sharing it with future generations. Last year, the Schomburg Center acquired the full archive of Dee and Davis. Muhammad is working on a partnership with the library to share the archives with the community.