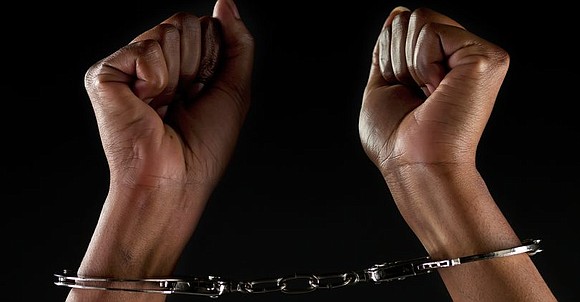 Although the number of people in prisons and jails in America has slightly declined, numbers released on Thursday, April 25, by the Bureau of Justice Statistics still show that nearly 1.5 million individuals were in prison by the end of 2017.

The statistics also note that the U.S. continues to lock up more people than any other nation. And, despite a narrowing disparity between incarcerated black and white women, females have emerged as the new face of mass incarceration.

“I don’t think this should be much of a surprise as two of the main for-profit prison companies were founded around the same time,” said Ron Stefanski, whose website prisoninsight.com, works to hold prisons accountable for the treatment of current, former and future inmates.

“When these for-profit companies were created, they found a way to generate revenue off of inmates and this led to a huge influx of prisoners, both male and female,” Stefanski said.

The number of white women in prison has increased by more than 40 percent since 2000 while the number of black women incarcerated has fallen by nearly 50 percent.

The most recent report from the Prison Policy Initiative revealed that, looking at the big picture shows that a staggering number of women who are incarcerated are not even convicted with one quarter of the women behind bars having not yet gone to trial.

Sixty-percent of women under the control of local authorities have not been convicted of a crime and adding to the picture of women in local jails, aside from women under local jurisdictions, state and federal agencies pay local jails to house an additional 13,000 women, according to the Prison Policy Initiative.

For example, ICE and the U.S. Marshals, which have fewer dedicated facilities for their detainees, contract with local jails to hold roughly 5,000 women – so the number of women physically held in jails is even higher.

According to the Prison Policy Initiative, avoiding pre-trial incarceration is uniquely challenging for women.

The number of un-convicted women stuck in jail is surely not because courts are considering women, who are generally the primary caregivers of children, to be a flight risk, according to the Prison Policy Initiative report.

The far more likely answer is that incarcerated women, who have lower incomes than incarcerated men, have an even harder time affording cash bail.

When the typical bail amounts to a full year’s income for women, it’s no wonder that women are stuck in jail awaiting trial, the report’s author said.

Even once convicted, the system funnels women into jails: About a quarter of convicted incarcerated women are held in jails, compared to about 10 percent of all people incarcerated with a conviction.

Also, while stays in jail are generally shorter than in stays in prison, jails make it harder to stay in touch with family than prisons do.