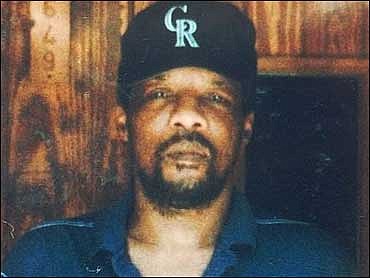 On Wednesday, April 24, the racist Caucasian male who orchestrated the heinous June 7, 1998, murder of 49-year-old James Byrd Jr., was executed by lethal injection at Texas State Penitentiary. John King, 44 was pronounced dead at 7:08 p.m. CDT (8:08 p.m. EST) after being injected with a deadly dosage of the sedative pentobarbital, minutes earlier.

“Today, we witnessed the peaceful and dignified execution of John King for the savage, brutal and inhumane murder of James, really a modern-day lynching,” Byrd’s older sister, Clara Byrd-Taylor, commented afterward. “He showed no remorse then, and showed no remorse tonight. This execution was just punishment for his actions.”

Afterward, Jeremy Desel, Texas Department of Criminal Justice, said “the execution was delayed because the case went to the U.S. Supreme Court before moving ahead at 6:56 p.m.”

He argued King’s “constitutional rights were violated because his trial attorneys didn’t present his claims of innocence and conceded his guilt.”

He added that King kept his eyes shut, never acknowledging Byrd’s relatives, while lying on the death chamber’s gurney. When Warden Bill Lewis asked if he had a final statement, King coldly replied “No,” inhaled deeply, then expired 12 minutes after receiving the toxic tonic which evaporated his life.

About two dozen supporters applauded beyond the prison walls, as witnesses emerged.

Afterward King’s written statement was read: “Capital Punishment: Them without the capital get the punishment.”

King was convicted Feb. 15, 1999, along with Caucasian cohorts, Lawrence Russell-Brewer and Shawn Berry, of Byrd’s heartless dragging death. Brewer was executed in 2011, while Berry is serving life.

Former Jasper County sheriff, Billy Rowles, recalled interrogating Brewer a week before his execution, who confessed that “the whole thing was King’s idea.”

King declined an Associated Press interview request just prior to his execution, but during one in 2001 with them, he admitted he was an “avowed racist” but wasn’t “a hate-monger murderer.”

Prosecutors claimed Byrd was targeted because he’s African-American, and revealed that King was an “exalted Cyclops” of the white supremacist Confederate Knights of America and wore “racist tattoos on his body, including one of a Blackman with a noose around his neck hanging from a tree.”

During the trial of “one of the most horrific hate-crimes in modern U.S. history” it was revealed Byrd was seen “riding in the bed of a pickup with three [Caucasian] men in the cab.” They “drove him to a secluded area in the piney woods outside Jasper, where they beat him and spray-painted his face before tying a logging chain around his ankles and dragging him behind a pickup truck for almost 3 miles.”

Court records show that “police found most of Byrd’s body in front of a Black church cemetery outside Jasper. The rest of Byrd’s body was found about a mile and-a-half away. Byrd’s death and dismemberment were caused, according to the pathologist, when he was slung into a culvert on the side of the road.”

Repeated appeals were denied despite claims of ineffective assistance from his counsel. Texas’ Board of Pardons and Paroles also rejected King’s requests for a commutation of his sentence or a 120-day delay.

Louvon Byrd-Harris, James’ sister, said the execution would send a “message to the world that when you do something horrible like that, that you have to pay the high penalty. King and Brewer got an easy way out compared to all the suffering that my brother went through.”

Mylinda Byrd-Washington, another sister, added: “I hope people remember him not as a hate-crime statistic. This was a real person, a family man, a father, a brother and a son,” she said.