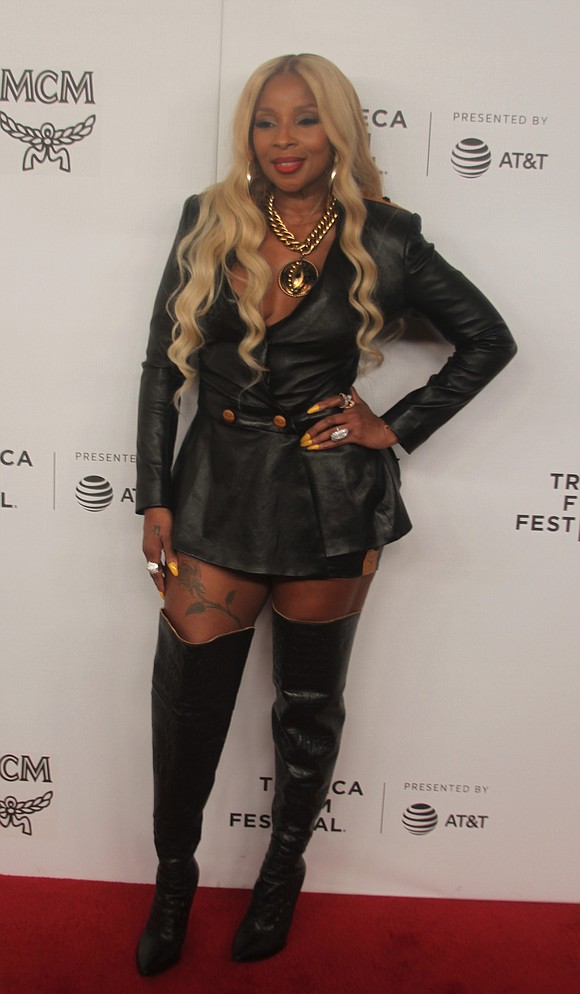 Year 18 of The Tribeca Film Festival has come to pass and the presence of African-Americans looks to have more prominence. The festivities opened April 24 with a star-studded world premiere of the new documentary, “The Apollo,” held at the historic Apollo Theater itself.

Told through the lens of Academy Award-winning filmmaker Roger Ross Williams and as explained by its official synopsis, “The feature-length documentary weaves together some vintage archival footage, music, comedy and dance performances, and behind-the-scenes peeks with the team that keeps the engine running.” The film features interviews with a number of artists who have graced the stage over the years including the likes of Smokey Robinson, Patti LaBelle, Jamie Foxx and Pharrell Williams. Ross Williams enthuses, “The story of the Apollo is such an incredible New York story and the Tribeca Film Festival is about the power of New York through New York stories, that’s what it’s founded on. So where else would we do this but right here.”

Esteemed visionary Lisa Cortes, who serves as a producer on “The Apollo” and who had another major work featured at the fest as she serves as co-director with Farah X, premiered “The Remix: Hip-Hop x Fashion” documentary. The film traces the origins of “fearless, full-color hip-hop style and explores the women and male allies who have transformed fashion through hip-hop.”

“MCM is honored to partner with Tribeca Studios and the talented co-directors of this documentary Lisa Cortés and Farah X,” said Patrick Valeo, MCM president of the Americas in a statement. “We are proud to bring to light this story that has never been told about the incredible women who have had such a significant influence on the cultural landscape.”

Cortés and Farah X related, “As storytellers, the intersection of hip-hop and fashion presents a unique lens to examine the continuously evolving journey of Black creativity. For so long, we have culturally ignored what people of color contribute to the zeitgeist and that has to change. We felt it was important to shine a light on these creators and innovators, especially women, and what they have brought to the fashion world over the years.”

Tribeca TV brought another popular session forward, as cast members Keenan Ivory, Sean and Kim Wayans, David Allen Grier and Tommy Davidson and attendees relived the pilot of the now 25-year-old groundbreaking comedy series “In Living Color.” Future superstars launched by the series often go under the radar but the impact the show had on the culture can’t be denied. Says David Allen Grier, “This was none of our first jobs so as African-American performers we were all in a position where we were asked to share what we thought was funny. We’d talk to an all white panel of executives about characters, from our perspectives. Afterward we’d get a blank look and they’ll go ‘why would you do a sketch like that?’ This was the first time we were encouraged to mine our culture in a different way.”

Other highlights of the 18th annual Tribeca Film Festival were the “Wu-Tang Clan: Of Mics and Men” docuseries; “Devil’s Pie—D’Angelo” documentary; feature films “See You Yesterday” and “The Weekend,” and Tribeca Talks featuring ?Love and Boots Riley.

Looking forward to see what the 2020 Tribeca Film Festival has in store. Over and out. Holla next week, til then enjoy the nightlife.