Mets’ lack of run production drops them in the NL East 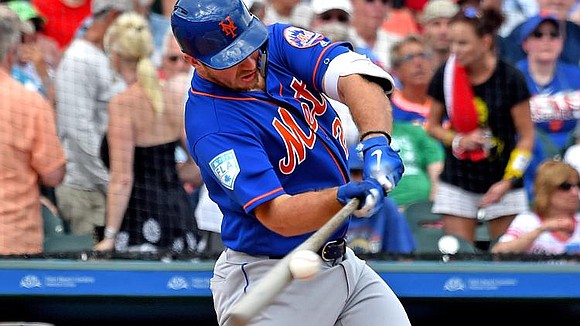 It’s only May, but already there are some concerning signs the Mets may not be a viable contender for the NL East title or even a wild card spot by early summer. Last year, the Mets were already 15 games below .500 at 34-49 by the Fourth of July.

It’s a long season so no assessment is definitive. Yet after Monday’s 4-0 loss to the San Diego Padres on the road, the Mets had won only one game in their previous six, dropped three games under .500 to 16-19 and were 9-11 away from Citi Field, where they also had a losing mark of 7-8.

The Mets began the week in Southern California being shut down by Padres rookie Chris Paddock. He went 7.2 innings, striking out 11 while allowing only four hits to raise his record to 3-1 with a 1.55 ERA. Paddock defeated Jacob deGrom (2-4, 3.60 ERA), who was solid in going seven innings. DeGrom recorded outs to 12 of the first 13 batters he faced and struck out seven for the game. But it was remisicent of last season when he won the Cy Young Award despite a 10-9 record in 32 starts due to low run support.

When the Mets began the second game of a three-game series against the Padres on Tuesday, they were mired in a run-producing slump. Dating back to last Wednesday’s 1-0 loss to the Cincinnati Reds, the Mets had totaled only seven runs over the aforementioned six game stretch.

Expected run producers Micheal Comforto, Robinson Cano, Wilson Ramos and Brandon Nimmo had combined for only 13 home runs and 52 runs batted in. By comparison, two players, the Milwaukee Brewers Christian Yelich (15) and the Los Angeles Dodgers’ Cody Bellinger (14) had more homers than the Mets’ quartet. The only Met who has consistently generated runs is rookie first baseman Pete Alonso, who had 10 home runs and 27 RBI before Tuesday night’s game. No other Met had more than six and 18 respectively.