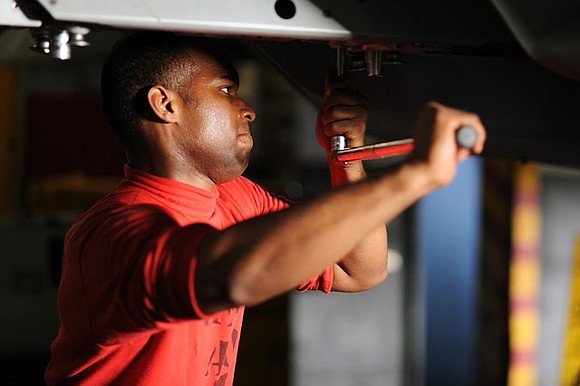 Despite union leaders claiming they are “religious about diversity,” the 32 New York construction unions have kept us in the dark about their diversity data. While New York’s construction unions have made considerable strides to implement diversity initiatives across many of the building trades, without data there is no way of verifying that these programs are effective and producing an equitable distribution of jobs and opportunities. Without that data, we do not know the degree to which proposed public works legislation (S.1947/A.1261) will harm communities of color.

It is not “anti-union” to demand equity in New York’s construction industry. We know that good union jobs have the potential to provide considerable opportunities and benefits to communities of color. However, despite our continued demands, the city’s 32 construction unions have refused to release comprehensive workforce data that shows the racial diversity of full-time workers, apprentices and journeymen.

Furthermore, why would we want Black and Brown union workers to go back to open shop, we want to ensure that Black and Brown workers currently in the union transition to journeymen and have equitable access to the higher paying trades. As they move up, more Black and Brown open shop workers can move into the newly opened positions.

To that end, we have taken the proactive step of accepting an invitation to tour union diversity initiatives across the city. However, despite the increasing efforts to maximize the diversity of apprenticeship programs, we have no way to confirm that those programs are translating into long-term careers for workers of color.

Here is what we do know: three-fourths of open-shop workers are people of color; these workers have built careers on open shop sites; and these workers are the first workers that will be shut out of jobs and opportunities if the state Legislature passes S.1947/A.1261.

On the 400th anniversary of slavery, legislative discrimination, and economic disadvantage in the United States, the passage of public works legislation without a full release of diversity data from New York’s construction unions could amount to a continuation of that legacy. With a recent report from Prosperity Now and the Institute for Policy Studies that found Black median wealth will be at zero by 2053, it is more critical than ever that workers of color find opportunities in every industry.

It is precisely our faith that has been central to our understanding of this issue. The bounty of this land should be shared with the many, not horded by the few. Our religion teaches us, “Therefore by their fruits you will know them.” Matthew 7:20 NKJV. We demand to see the fruits of New York’s construction trades unions so we can confirm that they practice what they preach. If they do not meet the standards of New York’s increasingly diverse construction industry, legislators cannot in good conscience pass public works legislation that would take jobs away from communities of color who need the jobs the most.

More importantly, without that data, state legislators cannot in good conscience consider a piece of legislation that could irreparably harm communities of color. Legislators and their constituents simply do not have enough information to understand its full economic impact.