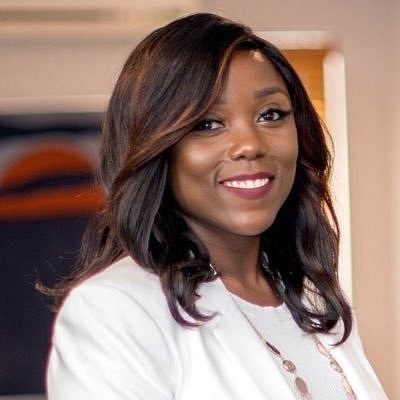 Farah Louis rose above the pack with 41.8 percent of the vote, according to the NYC Board of Elections’ unofficial results. Louis, who served as the deputy chief of staff under previous City Council Member Jumaane Williams, ran under the A Unified 45 party.

Attempts to contact Louis for comment were unsuccessful, but she wrote on Twitter, “This campaign has shown me the beauty, resiliency & power of this district/ Every person who contributed, volunteered, voted & every person who offered a word of encouragement played an integral part in tonight’s outcome. It is my deepest honor to represent you on the @NYCCouncil.”

Monique Chandler-Waterman, another candidate who once served under Williams as the director of community outreach, finished with 30.2 percent of the vote. Williams endorsed Waterman in the election and accompanied her to the TOP Civic Center at 1098 Utica Ave. in Brooklyn as she cast her vote.

Attempts to contact Waterman were unsuccessful. Williams, however, told the AmNews in a statement “I congratulate Farah on her victory in the Special Election. It was a tough race won. Most of all the 45th should be proud of the amount of qualified women, especially Black women who put themselves forward as viable candidates.”

While Louis basks in her win, a couple of stories from the New York Daily News almost snatched defeat from the jaws of victory.

Two weeks ago, the Daily News found old tweets from Louis that were deemed homophobic and anti-Semitic. Almost a decade ago, she tweeted her disapproval of two actresses kissing on television and also retweeted someone saying that “these Jews are annoying me.” Louis told News 12 Brooklyn that she was “disappointed” in herself for past social media behavior and apologized. On Sunday, the Daily News reported that Louis allegedly pushed a federal judge in 2014 to go easy on a friend, her current campaign manager Samuel Pierre, after he pleaded guilty to illegally accepting cash and scamming Haitian immigrants who wanted to obtain green cards.

At the time, Pierre served as an aide to Congressman Ed Towns. He was sentenced to three years probation, three months home confinement and paid a fine.